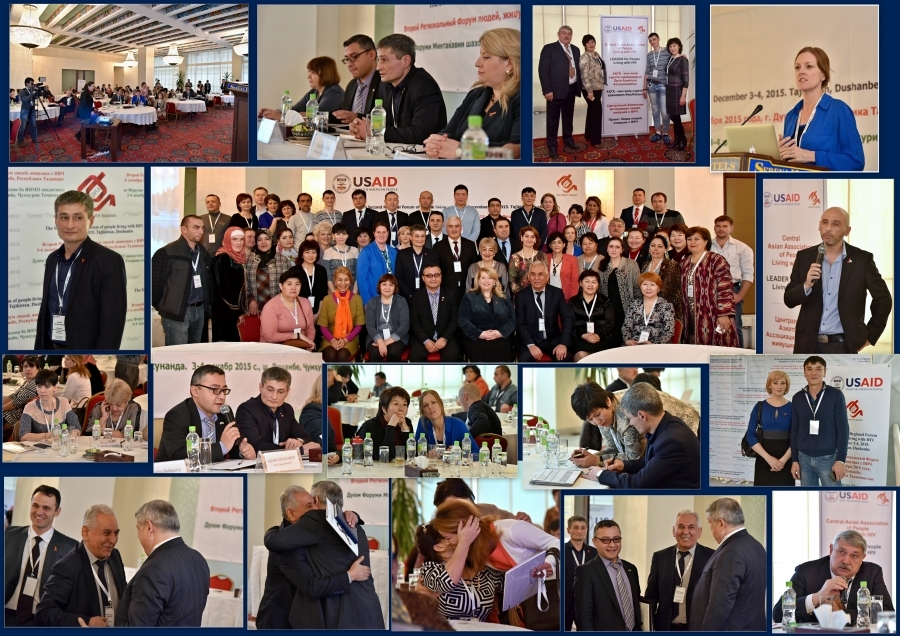 Speaking at the activity’s closeout event, Mr. Hall stressed several key accomplishments achieved during the activity’s six-years of implementation. Among the achievements, Mr. Hall noted particularly the People Living with HIV Stigma Index, a standardized tool to gather evidence on how stigma and discrimination impacts the lives of people living with HIV.

“The information obtained during the Stigma Index surveys is critical to addressing key barriers to HIV prevention, care, treatment, and support. This data, which is collected by people living with HIV, is increasing the capacity of this community to generate and disseminate data to help inform policy and programming.” – said Mr. Hall in his opening remarks.

The Stigma Index was developed to be used by and for people living with HIV and was created to reflect and support the Greater Involvement of People Living with HIV principle. Implemented in Tajikistan, Kazakhstan and the Kyrgyz Republic, USAID’s Leader activity conducted the first Stigma Index in Central Asia in 2015. At the time, the results indicated that people living with HIV in the region are heavily discriminated against, which continues to be a significant barrier to achieving universal access to HIV treatment and care. In Tajikistan, for example, former and current intravenous drug users, and people with non-traditional gender identities experience the greatest stigma and discrimination. The 2020 phase of the Stigma Index aimed to help identify and implement the most effective tools to increase respectful treatment of the people living with HIV.

In addition to the Stigma Index, the Leader activity was instrumental in the development of the National Strategy and Plan for Response to Stigma and Discrimination in Tajikistan for 2019-2020. In cooperation with specialists from Tajik government agencies, non-governmental and international organizations, the Leader activity also supported the development of the first guidelines regulating the treatment and care of people living with HIV in correctional facilities. Among its contributions to helping improve lives of people living with HIV is the Leader activity’s development of a training module to increase awareness of, and respectful treatment of key populations. The training module is now part of both undergraduate and graduate-level programs in all five of Tajikistan’s medical schools.

While the Leader activity has ended, its successes remain. USAID intends to build on these achievements, especially through its continued anti-stigma and anti-discrimination efforts in support of people living with HIV. USAID’s new HIV activity, called Meeting Targets and Maintaining Epidemic Control will do precisely that, and more. Additionally, using the 2020 Stigma Index findings and recommendations, the new HIV activity will continue to support the Government of Tajikistan, Central Asian Association and other stakeholders to update the existing National Plan that will address issues of stigma and discrimination against people living with HIV and key populations.