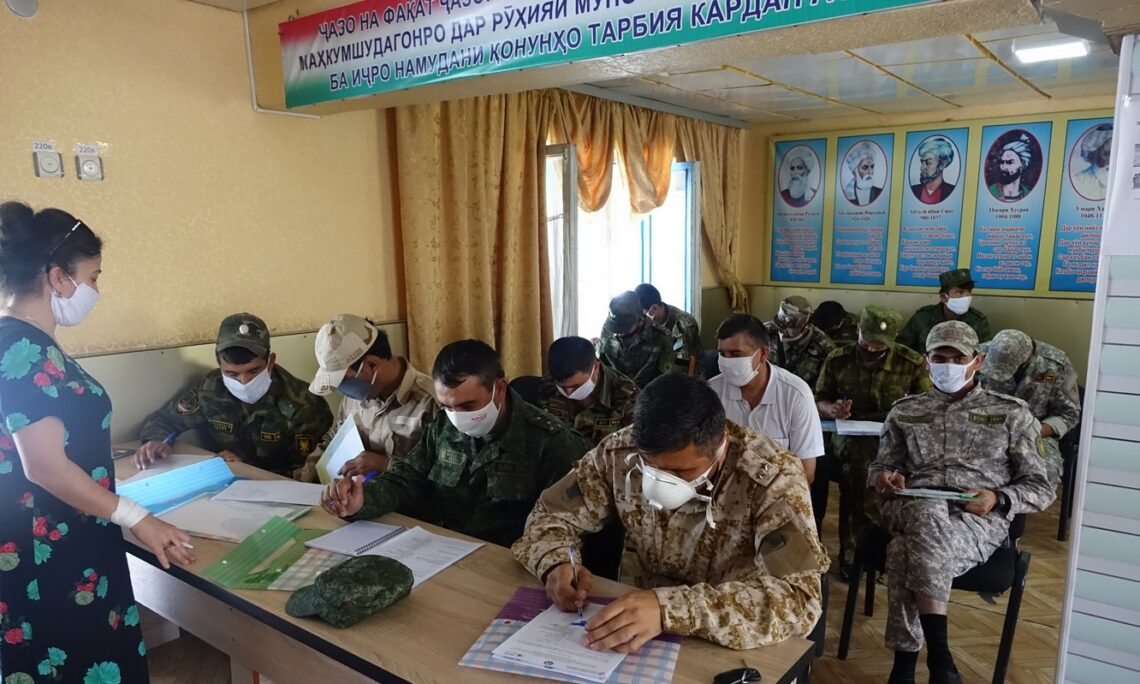 Dushanbe, Tajikistan, September 14, 2020 – The U.S. Agency for International Development (USAID) announced a new five-year, $1 million, activity on Tuberculosis (TB) Prevention and Care in Prisons that will be implemented by the Republican Public Organization, Afif. In cooperation with the Main Directorate for the Execution of Criminal Sentences of the Ministry of Justice of the Republic of Tajikistan and the National Tuberculosis Program of the Ministry of Health and Social Protection of the Population of the Republic of Tajikistan, the activity will provide state-of-the-art TB treatment and care to prisoners and recently released prisoners.

One of the greatest threats to public health in Tajikistan and the world is the spread of drug-resistant tuberculosis (DR-TB), which is made possible by improper use of TB treatment, particularly in prisons and among released convicts. TB and HIV are also often found together among prisoners, posing a greater risk to themselves and society.  Through this new activity, USAID and Afif will  introduce a sustainable system of early TB detection, ensure timely medical treatment for people with TB, and support proper adherence to treatment regimens among prisoners and released prisoners with tuberculosis, DR-TB, or TB/HIV. To better monitor the tuberculosis situation, this activity will improve cooperation and networking between the medical service of the penitentiary system, civilian tuberculosis service, civil society organizations, and social facilities.

This program builds on previous USAID assistance in the prevention and treatment of TB in Tajikistan.  USAID has helped Tajikistan’s Ministry of Health and Social Protection of the Population roll out new treatment regimens for drug resistant tuberculosis, which reduces the treatment period from 24 to nine months.  USAID also introduced new drugs capable of saving the lives of those infected with drug-resistant tuberculosis.  With USAID support, Tajikistan’s National TB Program now includes the use of rapid TB diagnostic methods, including GeneXpert, which allows people infected with TB the ability to receive immediate treatment.

USAID, in coordination with the Ministry of Health and Social Protection of the Population, serves to support the implementation of Tajikistan’s National TB Program by providing more effective and accessible tuberculosis prevention, diagnosis, and treatment.