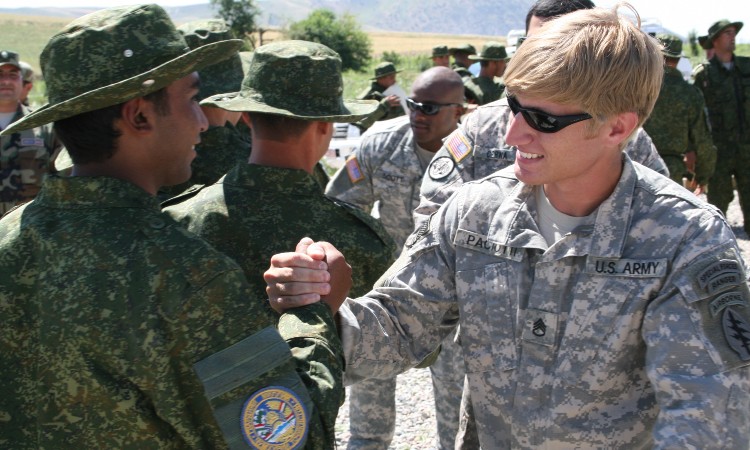 As the United States and Tajikistan celebrate 30 years of diplomatic relations this year, the United States reiterates appreciation for Tajikistan’s strong partnership in ensuring regional security and particularly border security. Since 1992, the United States has provided over $330 million in security sector assistance to Tajikistan. This assistance includes training, equipment and infrastructure which has helped Tajikistan secure its borders, detect threats, and increase the ability of law enforcement, military, and customs officials to respond to such threats.

As part of this assistance, we have rebuilt or renovated 13 border outposts, nine border checkpoint facilities, two border guard detachments, and three training centers for border guards. The Embassy has provided over 4,800 radios, 400 vehicles, 1,600 night-vision devices, and 160 kilometers of ground sensors to help Tajik border guards secure the border.  Last year alone, U.S. security assistance to Tajikistan totaled $11.4 million, making the United States one of Tajikistan’s top donors. As evidence of our strong partnership, we have committed over $60 million in security-sector assistance to Tajikistan to be implemented and delivered over the next two years.

The United States averages over 40 military-to-military trainings and activities per year with Tajikistan,and has trained over 10,000 soldiers and law enforcement personnel on effective tactics for responding to terrorist threats, combatting drug trafficking, and carrying out special operations. The United States has also sent over 2,000 Tajik soldiers and security personnel to the United States, Germany, and other countries for training.

Highlights of U.S. security assistance to Tajikistan since 2001 include:

Transnational threats such as terrorism, narcotics trafficking, human trafficking, and proliferation of nuclear weapons require joint actions and cooperation to combat. The United States remains a steadfast partner of Tajikistan in combating threats to security and sovereignty in the region,and intends to increase security sector assistance in the coming year.