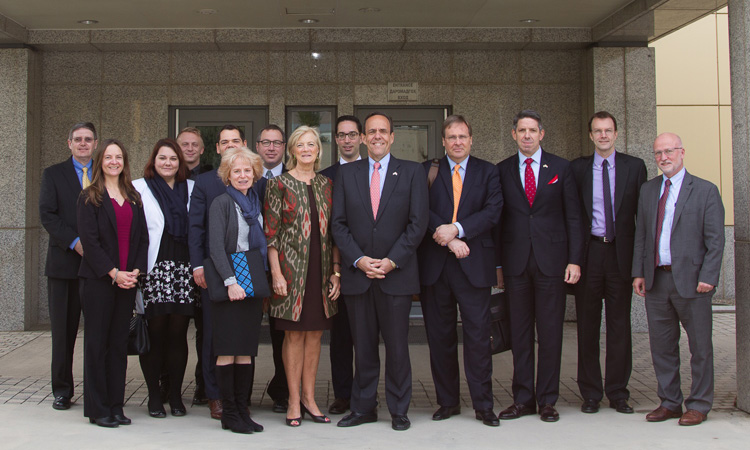 Ambassador William E. Todd, Principal Deputy Assistant Secretary for South and Central Asia led a delegation from the United States for the sixth Annual Bilateral Consultations with the government of Tajikistan, on October 21. Joined by Ambassador Elisabeth Millard, the interagency delegation discussed with their Tajik counterparts various aspects of this strategic bilateral relationship. They affirmed the need for closer collaboration to combat violent extremism and drug trafficking and discussed ways to maintain economic growth. Ambassador Todd affirmed that the U.S. government supports Tajikistan’s sovereignty and independence, while also continuing its assistance as Tajikistan moves forward with democratic reforms and economic development.

These yearly bilateral consultations are the most comprehensive dialogue that the two governments share. They are an opportunity to discuss in depth U.S.-Tajik engagement over the last year and identify future areas for cooperation. Early in 2017, the United States and Tajikistan will celebrate 25 years of diplomatic partnership. The United States government looks forward to another quarter century of mutually-beneficial partnership and steady progress towards a democratic, prosperous, and peaceful Tajikistan.