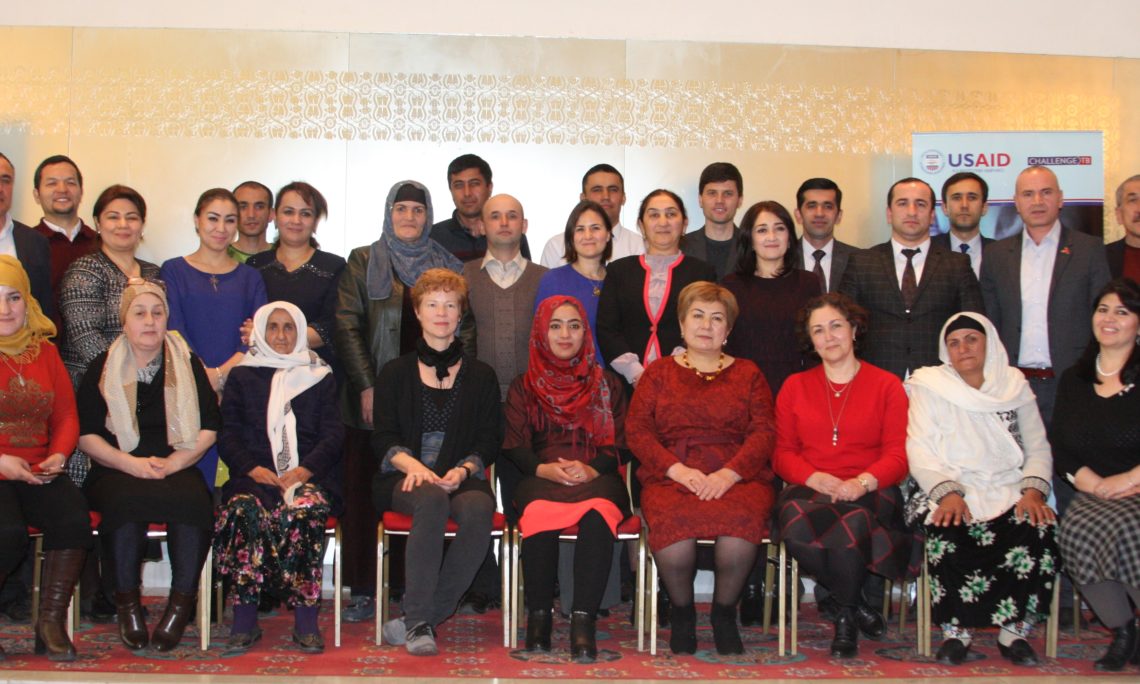 The new treatment takes less than half the time of the standard treatment – nine to eleven months rather than the typical two years. This treatment is also easier for patients to tolerate and is as effective on modern multidrug-resistant varieties of the disease. This is a major step forward in the fight against TB.

Since the shorter regimens began in December 2016, 75 people from seven districts in and around Dushanbe have started this treatment. They are reporting fewer side effects than those on the standard treatment, and are recovering faster.

Tajikistan is one of 30 countries with the highest levels of multidrug-resistant TB globally. Every year, approximately 800 Tajiks are diagnosed with MDR-TB, which is resistant to the two most powerful and effective drugs normally used to treat TB.

The Ministry of Health and Social Protection of the Population and Challenge TB plan to expand this new treatment regimen across the entire country by the end of 2019, which will allow hundreds more people with multidrug-resistant TB to enroll on the new regimen. The Challenge TB Project has been supporting this expansion through establishing necessary systems and training health workers, and this support will continue over the next two years.

Challenge TB is one of the many assistance projects made possible by the American people through USAID and the collaboration of the Ministry of Health and Social Protection of the Population of the Republic of Tajikistan. Over the last 26 years, the U.S. Embassy in Dushanbe has provided more than $1.8 billion in programs that support Tajikistan’s security, democratic institutions, social sector, and economic growth.