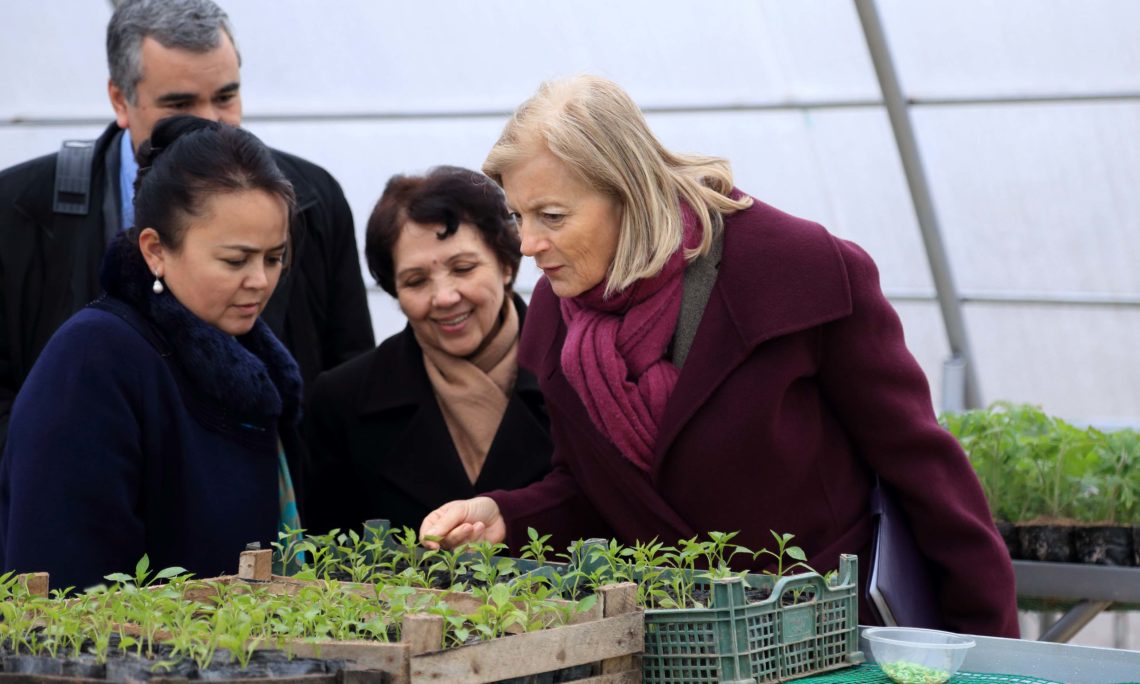 For several years, USAID’s Feed the Future activities in Khatlon have been working on the design, construction, and operation of improved greenhouse models. Greenhouses allow farmers to produce nutritious vegetables outside of peak production season when demand and prices are higher. In addition, greenhouses are commonly used to produce high quality, disease-free seedlings early in the spring, which are then sold to other farmers for production in their fields and backyard garden plots. The new commercial greenhouse represents a new design that will increase the scale at which seedlings can be produced. Made with more durable construction materials, the greenhouse is significantly larger than previous models and is expected to operate year-round, producing around 200,000 seedlings per year. The Feed the Future Tajikistan Nutrition-Sensitive Vegetable Technologies Project supported the design and construction of the greenhouse as a public-private partnership with a local farmer.

In addition to the greenhouse opening, Ambassador Millard visited several other Feed the Future activities, including training centers for seedling production, weaving, and sewing under the Women’s Entrepreneurship for Empowerment Project and a vegetable demonstration plot for broccoli, cauliflower, and brussels sprouts sponsored by the Feed the Future Tajikistan Agriculture and Water Activity. Feed the Future is the U.S. government’s global hunger and food security initiative, implemented in Tajikistan by USAID.

With a focus on smallholder farmers, particularly women, Feed the Future partners with countries to develop their agricultural sector to spur economic growth and trade that increase incomes and reduce hunger, poverty and undernutrition.