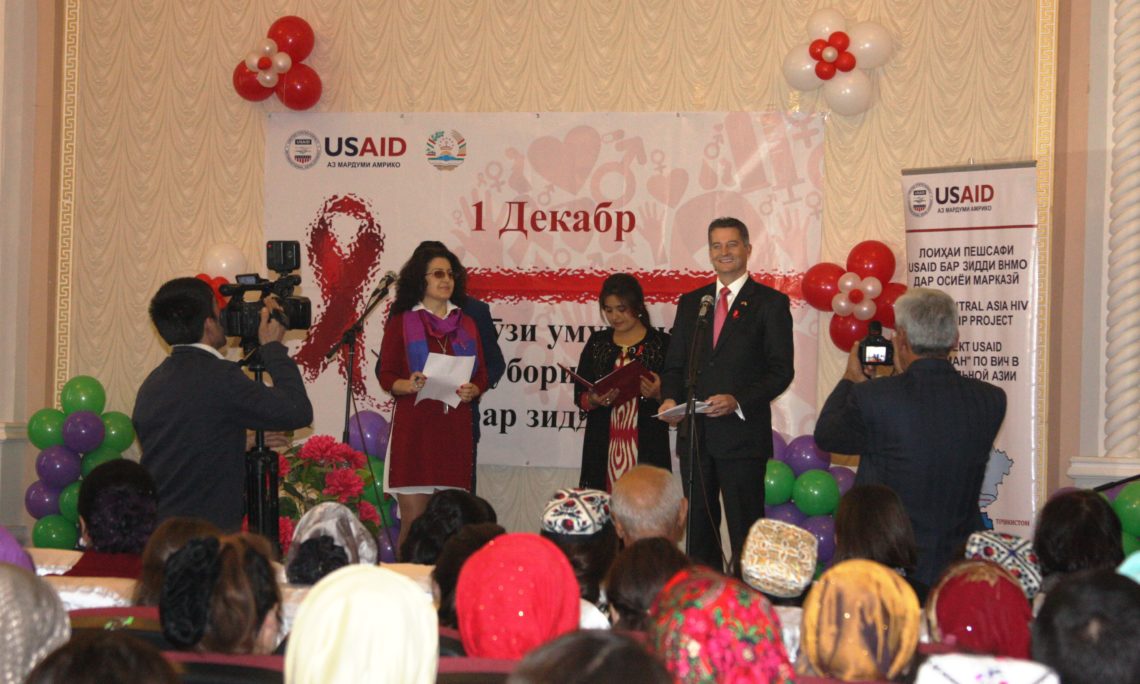 The spread of HIV infection remains a serious health problem in Tajikistan. According to UNAIDS, there are an estimated 14,000 people living with HIV in Tajikistan, but only about 50 percent of them have been diagnosed. Most of the people affected by the epidemic in Tajikistan belong to marginalized groups, and many people do not seek testing or treatment because they fear stigma and discrimination. Every year on December 1, World AIDS Day events around the world work to raise public awareness of HIV, combat stigma and discrimination against people living with HIV and vulnerable populations, and commemorate those who have died from an AIDS-related illness since the beginning of the epidemic.

The USAID HIV Flagship Activity has piloted an innovative approach to reach the populations who are most at risk of contracting HIV, including people who inject drugs and people living with HIV and their social networks. Through peer-to-peer outreach efforts within these social networks, the project is able to reach more deeply into these hard-to-access populations. The project provides rapid HIV testing to diagnose new cases and link people to care and provides community-based support for those on treatment.