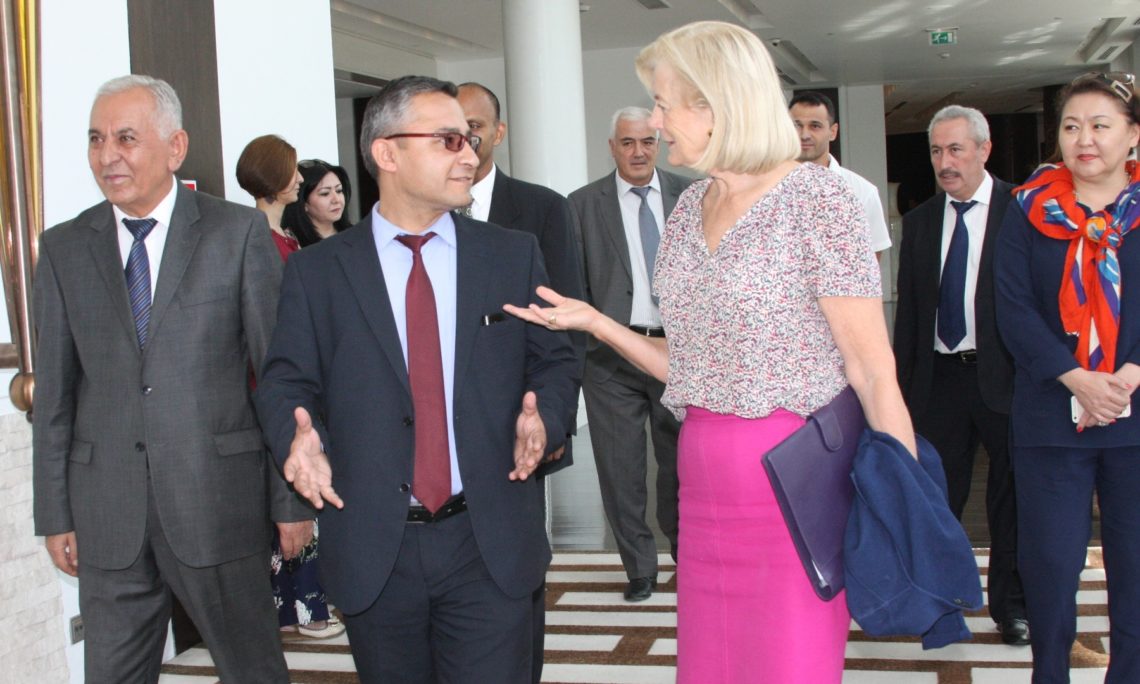 Dushanbe, Tajikistan, September 23, 2016 – The United States government, through the United States Agency for International Development (USAID), announced a new five-year USAID Central Asia HIV flagship project that will operate in Dushanbe, its surrounding areas, and the Sughd province. U.S. Ambassador Elisabeth Millard and Deputy Minister of Health and Social Protection of Population in Tajikistan, Navruz Jafarov, opened the event which was attended by government officials, donor representatives, and other stakeholders.

The USAID Central Asia HIV flagship project, financed by the U.S. President’s Emergency Plan For AIDS Relief (PEPFAR) will help save the lives of those suffering from HIV/AIDS around the world. The project aims to decrease the number of HIV infections and HIV-related deaths in Central Asian countries including Tajikistan. The project will support HIV prevention, care, and treatment services in alignment with the United Nations program on HIV/AIDS 90-90-90 goals: by 2020, 90% of all people living with HIV will know their HIV status, 90% of all people with diagnosed HIV infection will receive sustained antiretroviral therapy, and 90% of all people receiving antiretroviral therapy will have viral suppression.

Tajikistan represents one of the few countries in the world where the number of new cases each year increases. Although HIV is contained primarily among vulnerable populations with high risk of infection, its rapid growth threatens the general population. According to the Republican AIDS Center as of 2015, 7,709 people living with HIV are officially registered a in Tajikistan.

The new project will use an innovative peer-driven approach to find and treat new cases of HIV. The project will refer people who inject drugs and who live with HIV for HIV testing. The project will introduce new simple oral saliva-based testing and also work with community-based organizations to provide case management and treatment adherence support for those in need.

USAID is the lead U.S. government agency that works to end extreme global poverty and enable resilient, democratic societies to realize their potential.