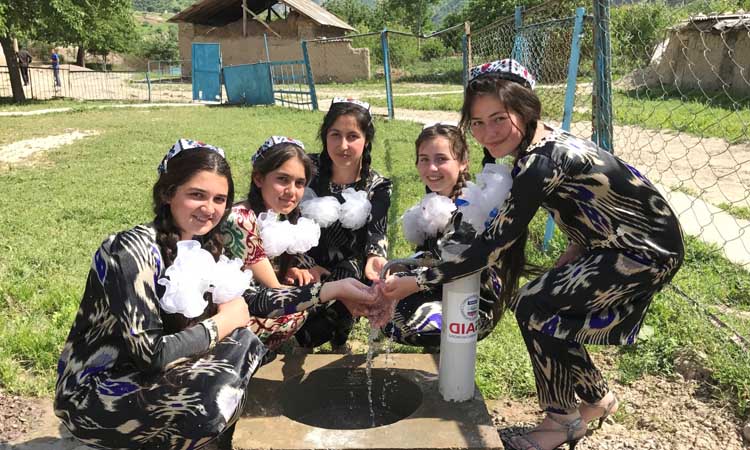 The USAID Local Governance Project designed and constructed an entire drinking water system and supplied individual water taps in each household, a school, and a medical center, totaling 43 taps.  To ensure sustainable management of the system, USAID assisted in establishing a water management unit under the neighborhood committee, and developed a business plan with defined water fee rates.  In 2015, USAID built and handed over a similar drinking water system for the 635 residents of a village in the Dukoni jamoat of the Norak district.

This water infrastructure project is a part of the USAID Local Governance Project, which works in 10 districts and 20 municipalities to improve the quality of local governance and service delivery.  Over the last 25 years, the U.S. Embassy in Dushanbe has provided more than $1.8 billion in programs that support Tajikistan’s security, democratic institutions, social sector, and economic growth.  Throughout 2017, Tajikistan and the United States will celebrate 25 years of diplomatic relations.