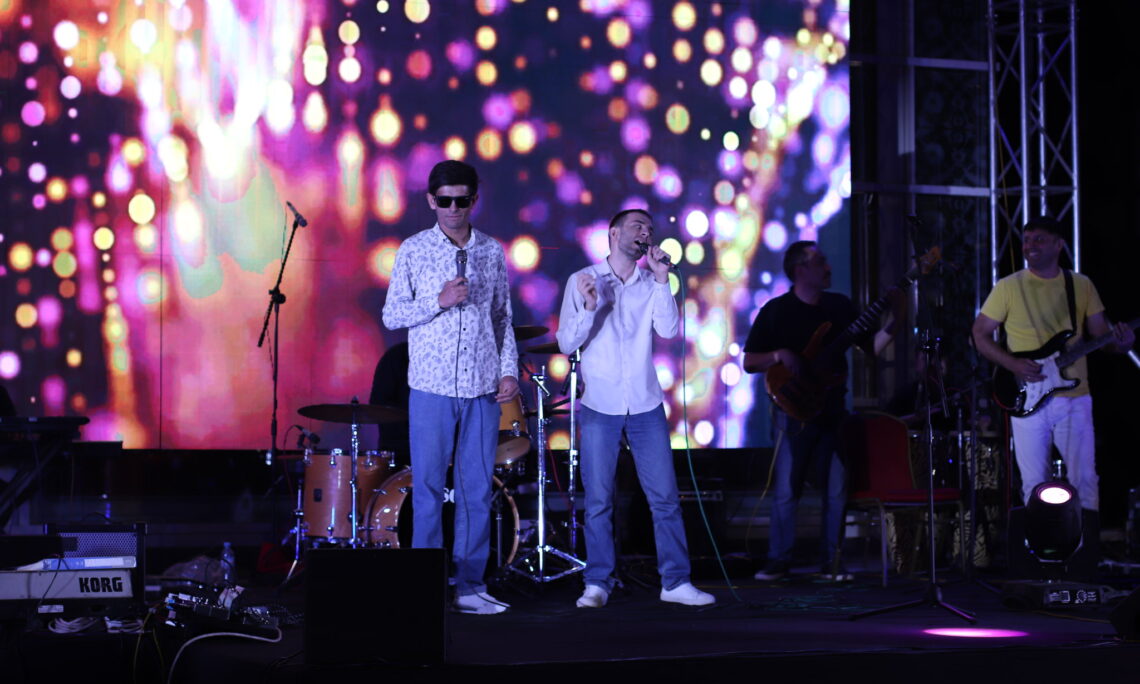 Dushanbe, Tajikistan, May 7th, 2022 – On May 6, the final concluding stage of the Tajik-American Battle of The Bands took place in the garden of the Dushanbe Serena Hotel. Thirteen talented performers (solo singers and musical groups) performed live covers of both famous and not very popular but meaningful American songs of past years.

Songs included:  September (Earth, Wind and Fire), Pride and Joy (Stevie Ray Vaughan), I Feel Good (James Brown), Don’t You Worry ’bout a Thing (Stevie Wonder), My Way (Frank Sinatra), Knockin’ on the Heaven’s Door (Bob Dylan). These and many other compositions acquired a new sound in the performance of the participants of the Battle. The participants had been preparing for the performance for more than a month, rehearsing at the studio of the Avesto band, practicing vocals, creating studio recordings to work with the material and to prepare for the final of the music competition.

The panel of judges for the competition included famous musician Ikbol Zavkibekov, popular contemporary singer Safarmuhammad, jazz singer Parvin Yusufi, representative of the Ministry of Culture Tolib Norov, and the Head of the Public Affairs Section of the US Embassy in Dushanbe, Darren Thies.  The panel took a long time to select the winners of the Battle, because each participant indeed impressed everyone with their charisma, vocal abilities, and excellent pronunciation in English.

As a result, top places were distributed as follows:

Each participant was given a certificate, but the most important experience was the one they gained in this project.  Moreover, the finalists now have the opportunity to take part in a concert tour of the cities of Tajikistan, including a performance at the Roof of the World Festival in Khorugh, which will take place July 15-17.

The Battle of The Bands competition was organized by Asha Cultural Center and sponsored by the U.S. Embassy in Dushanbe to celebrate the 30th anniversary of US-Tajik relations.  By sharing music and culture, the Embassy aims to bring the peoples of Tajikistan and the United States closer together.  The United States and Tajikistan have enjoyed 30 years of friendly relations and strong cooperation, and this project embodies the slogan for 30 years of U.S.-Tajik relations – “Together Forward.”