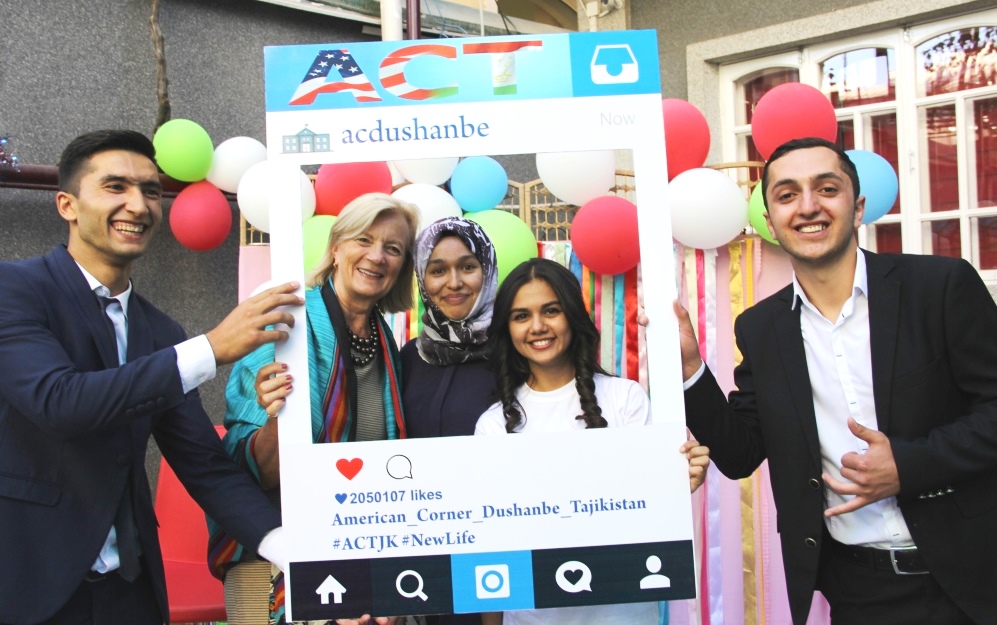 Dushanbe, Tajikistan, September 15, 2016 – The United States Embassy held a ceremony celebrating the re-opening of its American corner in Dushanbe at 66 Tolstoy Street. U.S. Ambassador to Tajikistan, Elisabeth Millard, greeted participants and talked about the benefits of American corners. She also invited everyone, especially youth, to come the American corners to interact with cutting-edge technologies and learn more about America.

The guests started their tour at the new Makerspace Lab, a facility where Tajiks can interact with new technologies. The participants witnessed a 3D printer in action, the second of its kind in Tajikistan, robots, and powerful computers. In addition to touring the Makerspace Lab, the guests saw the renovations of the main building, which were designed in collaboration with the Smithsonian Institute. They learned about the various activates and resources in the library and meeting spaces. After the tour, the Ambassador and guests participated in fun activities, including a surprise dance flash mob.

American Corner Dushanbe, like its six counterparts in Khujand, Isfara, Qurghonteppa, Kulob, Khorugh, and Gharm, is a place for Tajiks to learn about America. At these facilities, visitors can join clubs, take free English lessons, access computers, interact with cutting-edge technologies, talk with Americans, watch films or flip through thousands of books. The U.S. government funds these corners to create a space of mutual understanding in which visitors can acquire skills necessary to be competitive in the global market.