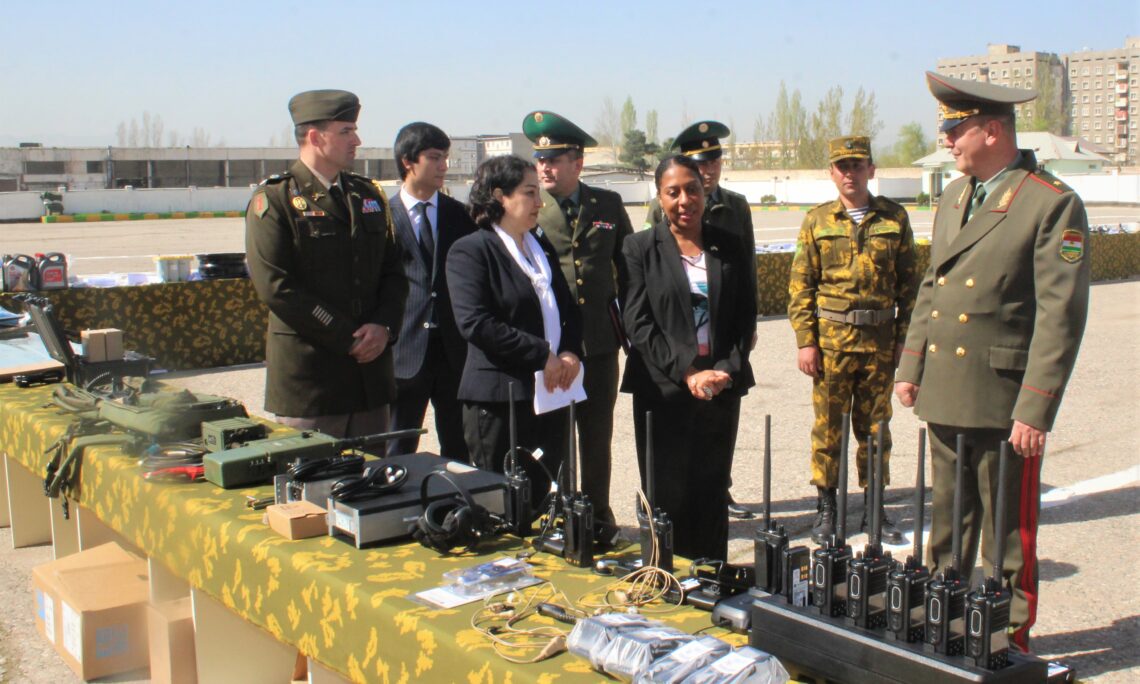 U.S. Chargé d’Affaires Bridgette Walker, and Gen-Maj Odiljon Nosirzoda, Border Guard Forces Deputy Commander, participated in the handover ceremony for the equipment and vehicles. Speaking at the ceremony, Chargé Walker noted that, “For the past 20 years, we have partnered with Tajikistan to secure the borders, counter the threat of terrorism, prevent the spread of nuclear materials, combat drug trafficking, and counter violent extremism.  As evidence of our strong partnership, we have committed over $60 million in security-sector assistance to Tajikistan to be implemented and delivered over the next two years.  We are stronger when we work together to enhance regional security.  Together, we will continue to work towards a brighter future.”

Since 1992, the United States has provided over $330 million in security sector assistance to Tajikistan.  This assistance includes training, equipment, and infrastructure.  As part of this assistance, the United States has provided 400 vehicles to the Tajik armed forces, valued at over $13 million.  We have also trained over 10,000 soldiers and law enforcement personnel on effective tactics for responding to terrorist threats, combatting drug trafficking, and carrying out special operations.

The United States has partnered with Tajikistan for 30 years and has provided $1.8 billion in development and security assistance through programs that support Tajikistan’s security, economic development, health, civil society, and education.