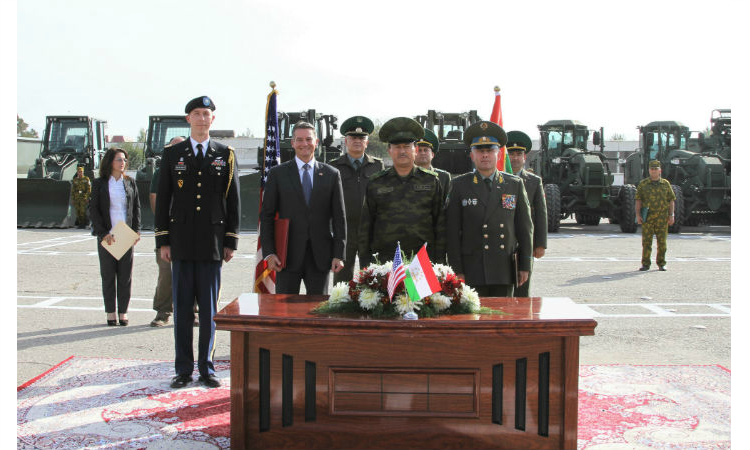 The U.S. Embassy provided construction equipment, heavy construction machinery, and tactical vehicles configured in the following variants: patrol, command, reconnaissance, ambulance, and troop carrying.  This equipment will help the Border Guards and the Ministry of Defense to construct modern obstacles to illicit traffic in the Afghan border region of Khatlon Province, while tactical vehicles will increase their ability to patrol that area.

The United States is committed to partnering with Tajikistan to support its sovereignty, security, and the stability of the region.  These efforts directly contribute to the U.S. National Security Strategy, which emphasizes the essential role Central Asian states play in securing long-term peace and prosperity in Afghanistan through political support, economic connectivity, and counterterrorism.

The United States has partnered with Tajikistan for 26 years and has provided more than $1.8 billion in development assistance through programs that support Tajikistan’s private sector, agriculture, health, education, democratic institutions, and security.