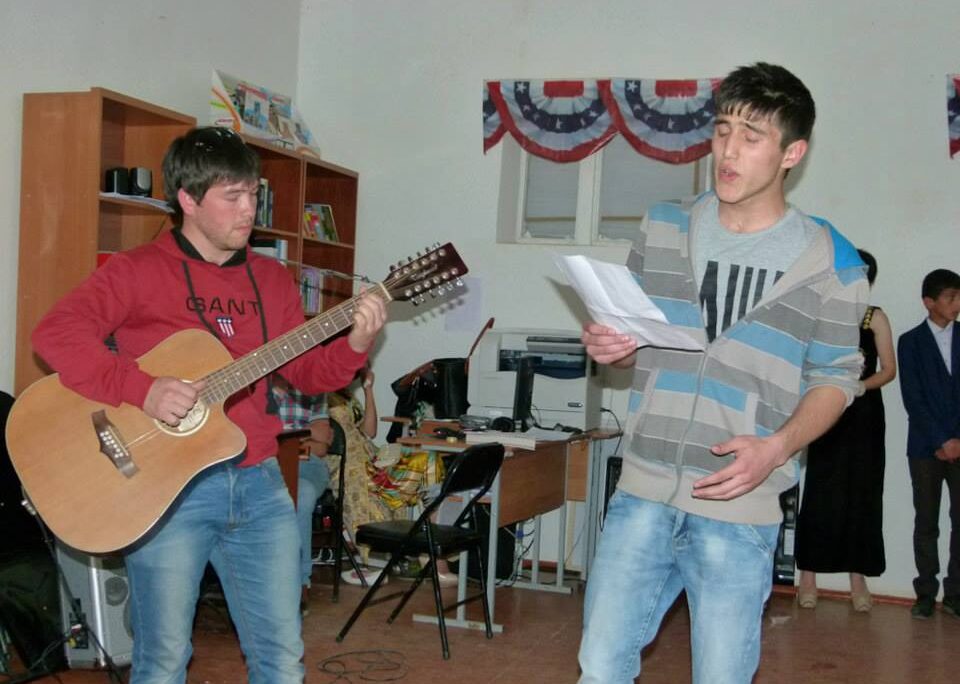 Dushanbe, Tajikistan, November 8, 2021 – The U.S. Embassy is pleased to announce a competition among professional and amateur musicians in Tajikistan to cover American songs under the project “Tajik-American Battle of the Bands.”  The U.S. Embassy Public Affairs Section (PAS) in Dushanbe is soliciting Proposals for cooperative agreements from Tajikistan’s non-governmental and non-commercial organizations to implement the project from December 2021 to April 2022.

The Embassy is seeking an implementing partner to:

Proposals must be received by December 16, 2021 at GrantProposalsDushanbe@state.gov and not exceed 12 pages.  The Embassy urges prospective bidders to carefully read the Notice of Funding Opportunity (NOFO) for additional details about the project.