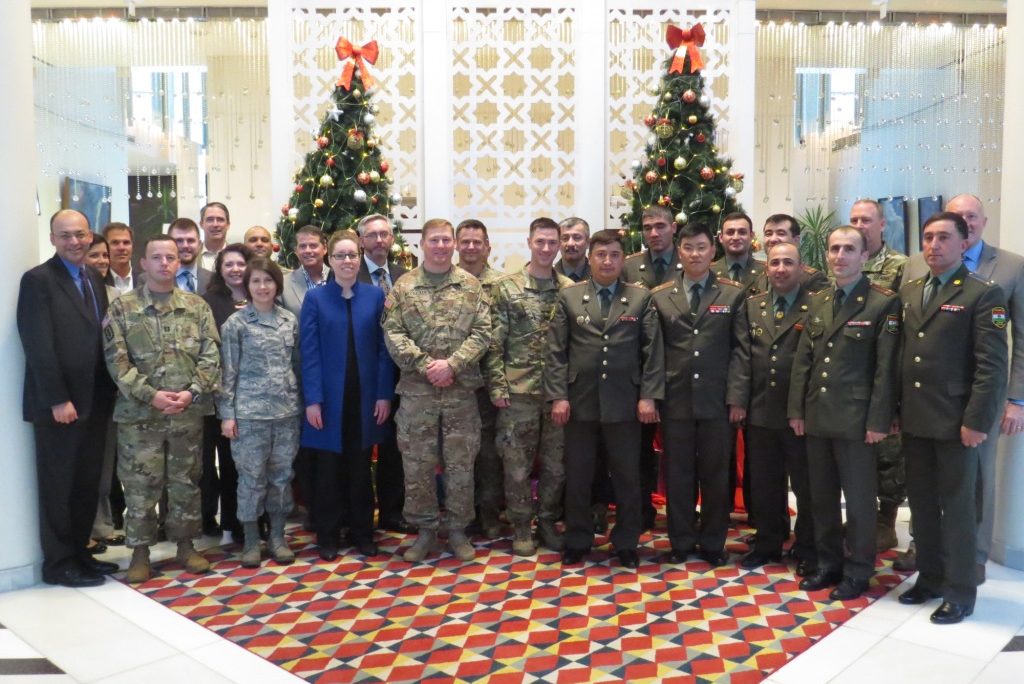 Dushanbe, Tajikistan, December 16, 2016 – U.S. Embassy Dushanbe has concluded an annual three-day working group on security cooperation with Tajikistan’s Ministry of Defense. Thirty representatives of the United States Central Command and its components, as well as 12 officers representing Tajikistan’s Ministry of Defense participated in the Action Officer Working Group, which sets conditions for a bilateral framework of military-to-military cooperation between the United States and Tajikistan over the coming fiscal year. Throughout the forum, participants discussed relevant details for a program of exchanges, symposia, exercises, and training that will occur during 2018-2019. The group also agreed upon priorities for the use of Tajikistan’s Foreign Military Financing grant assistance funding.

Security cooperation activities conducted between the United States and Tajikistan’s Ministry of Defense include approximately 60 events. These events are intended to foster partnership between the two militaries and to focus on topics of mutual concern such as counter-terrorism, border security, peacekeeping operations, and multinational dialogue. Ambassador Millard, United States Ambassador to Tajikistan, noted during her opening remarks at the working group that such cooperation is valuable to the promotion of enhanced regional security and stability.