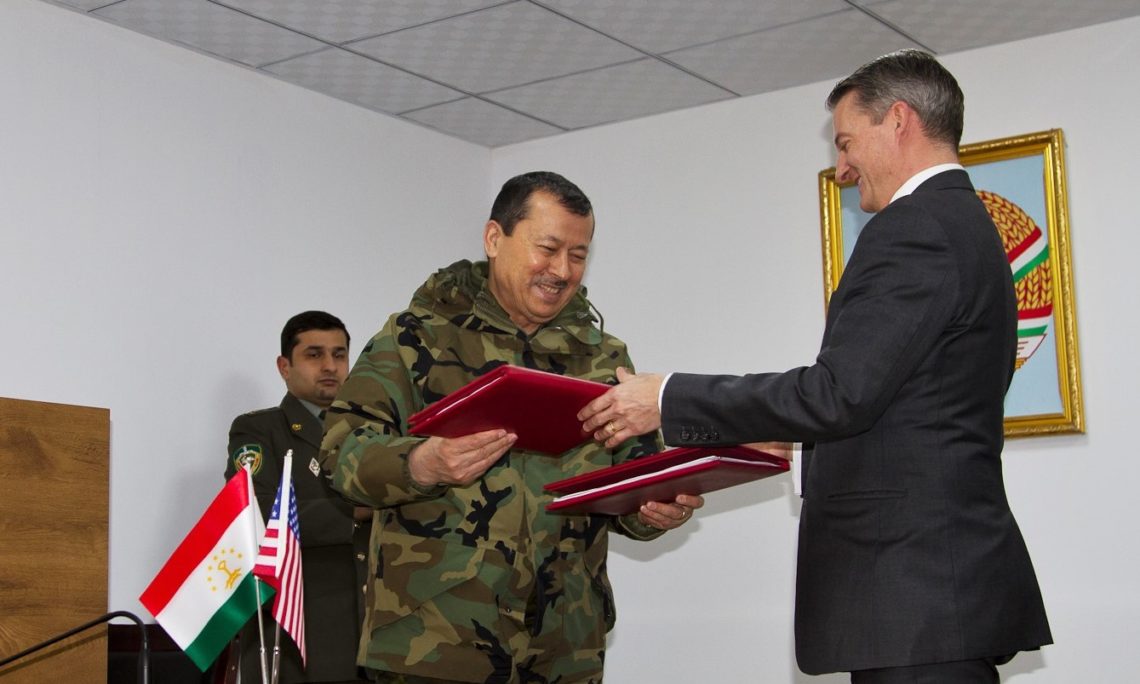 Dushanbe, Tajikistan, January 29, 2019 – United States Chargé d’Affaires Kevin Covert and General-Colonel Saimumin Yatimov, the Chairman of the State committee of National Security, attended the handover ceremony of $3.8 million in security assistance equipment provided to the Border Guard Forces under the State Committee of National Security of the Republic of Tajikistan. The ground sensor radar system provides the Border Guard Forces with the capability to persistently monitor portions of their border that would otherwise remain unobserved by routine patrols. This capability is particularly advantageous in areas where long distances between outposts in harsh terrain make persistent patrolling challenging.

The United States remains committed to partnering with Tajikistan in support of its national sovereignty, security, and its role in regional stability. These efforts directly contribute to the U.S. National Security Strategy, which emphasizes the role that Central Asian states will play in securing long-term peace and prosperity in Afghanistan through political support, economic connectivity, and counterterrorism.

The United States has partnered with Tajikistan for almost 27 years and has provided more than $1.8 billion in development and assistance through programs that support Tajikistan’s private sector, agriculture, health, education, democratic institutions, and security.