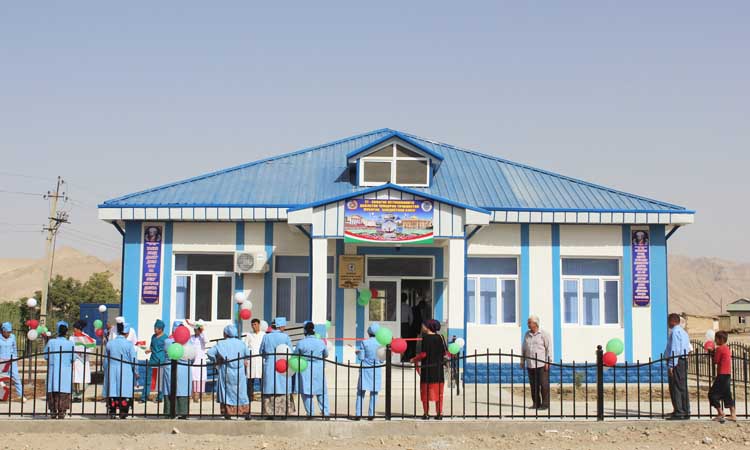 Dushanbe, Tajikistan, October 4, 2018 – Carrying on a tradition of over 25 years of partnership between the United States and Tajikistan, the U.S. Embassy in Dushanbe has provided a school and a clinic to better assist local communities. On behalf of the Embassy, Isfara District Officials opened the Isfara School #31 in Sughd Province and Shahrtuz District officials opened the Korez Village Health Clinic in Khatlon Province.

The Isfara School #31 is a project started in January 2018 to support the education of 240 students by adding eight classrooms to a school that was over capacity. The existing school, which was already serving over 1,500 youth (grades 1-11), had been built in 1965 and two additional buildings were constructed after an earthquake in 1977. Prior to construction of the additional classrooms, children had to attend school in three separate shifts and/or travel to other schools for lessons.

U.S. Embassy personnel, in cooperation with district government leaders, conducted surveys and held meetings to identify the needs of the area. District leaders were very pleased with the U.S. construction of School #67 in 2016, and this year they joined Embassy staff for site visits to several projects, including the Isfara #31 School, which has been a top priority for the district.

The Korez Village Health Clinic – the only clinic serving Korez village – is another U.S. Embassy development project. The clinic project began in 2017, with the goal of supporting healthcare for 1,600 villagers and border guards. Prior to the construction, residents had to travel half an hour to the medical center in Shahrtuz, and many of them had no access to medical services in the winter.

The new Korez Clinic and the additional classrooms at Isfara School #31 highlight one of the many ways the United States and local governments are working to improve quality of life and education in Sughd and Khatlon.