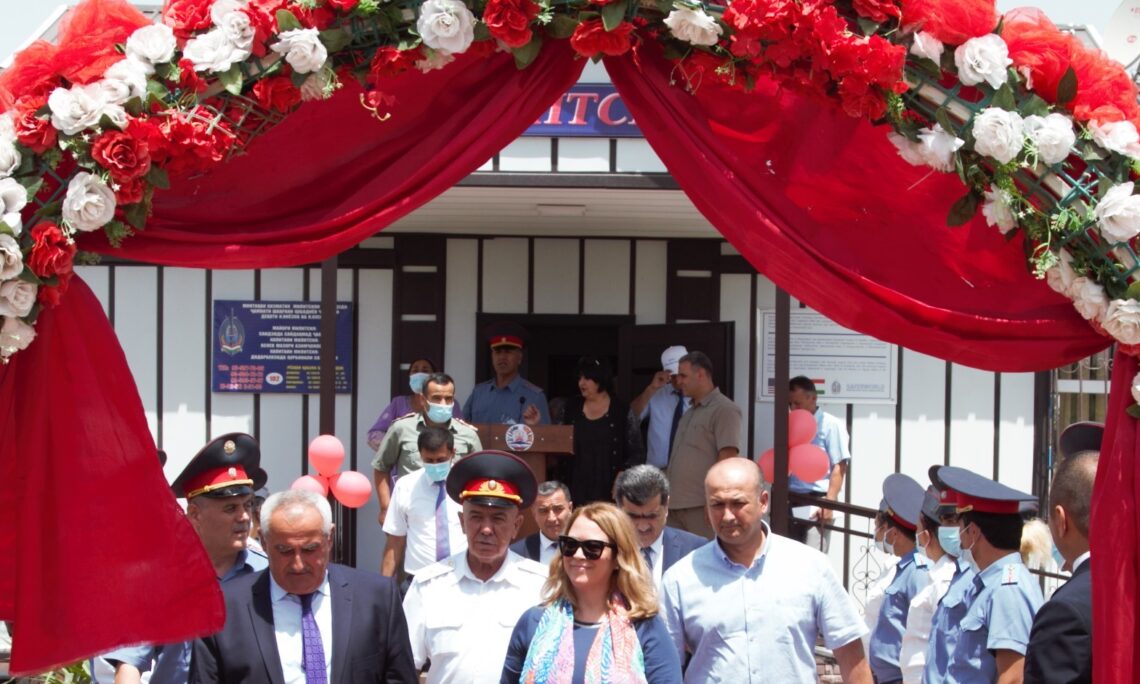 The CPCs provide offices for the Community Policing Partnership Teams (CPPT), which consist of community representatives and police officers that work together to identify and solve local security problems.

The INL CP program trained the CPPTs on the principles and practices of community policing. The CPPTs now know how to identify, assess, and prioritize community security needs, using the CP principles and approaches to jointly address community issues, and strengthening police-public partnership through trust-building and dialogue.

Since 2016, Saferworld, via this INL-funded $6.5M project, has helped the Ministry of Internal Affairs improve relations between the police and the communities where they serve. Saferworld has worked with the Tajik authorities to train more than 3,000 police officers and citizens on the principles and tools of community policing, peace building, dialogue facilitation, and conflict analysis. Saferworld also developed and supported 37 CPPTs and built CPCs around the country, including in communities situated along the Tajikistan-Afghanistan border. These CPPTs identify security issues in their communities and develop plans to address them.

The U.S. Embassy Community Policing Program began in 2010, supporting Tajikistan’s Police Reform Program and improving the MIA’s capacity to serve Tajik citizens in a human rights-compliant manner, while enhancing the citizens’ trust in police. To date, the U.S. Embassy has established and supported 37 CPPTs, and built and reconstructed 54 CPCs across the country.