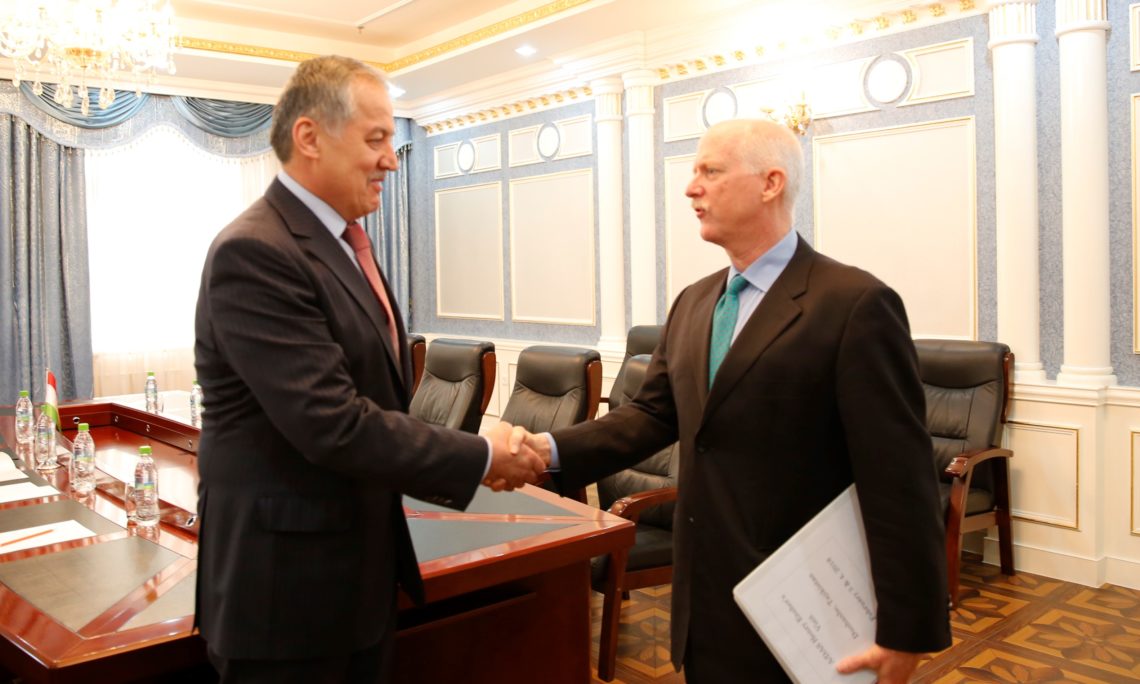 Dushanbe, Tajikistan, February 5, 2018 – Deputy Assistant Secretary of State Henry S. Ensher traveled to Dushanbe, Tajikistan on February 3 and 4.  During his visit, he met with representatives of the Government of Tajikistan on a range of bilateral and international issues, as well with civil society organizations.  He expressed the United States’ commitment to Tajikistan’s security and sovereignty and discussed opportunities for deeper bilateral cooperation.  On February 3, Deputy Assistant Secretary Ensher met with Minister of Foreign Affairs of Tajikistan Sirojidin Aslov, Minister of Interior Ramazon Rahimzoda, Minister of Economic Development and Trade Negmatullo Hikmatullozoda, and Minister of Defense Sherali Mirzo.

With almost 26 years of United States engagement in Tajikistan, the U.S.-Tajik partnership continues to support security and stability in Central Asia, while improving the lives of Tajik citizens.  Since 1992, the United States has provided over $1.8 billion in programs and humanitarian aid that support Tajikistan’s agriculture, energy and business development, health and education, and democratic institutions.