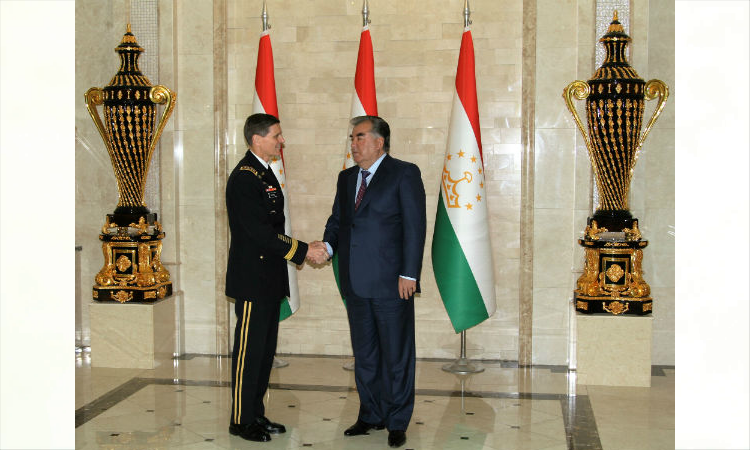 During the high-level meetings, General Votel discussed with his counterparts important issues relevant to the security and stability of the Central Asian states and the role they play in providing for Afghanistan’s stability. He stressed the many common interests that the United States and Tajikistan share, such as border security and sovereignty. He thanked the Tajik government for hosting the recent conference in Dushanbe on counter terrorism and preventing radicalization and detailed U.S. efforts to destroy terrorist strongholds in Afghanistan and throughout the world. General Votel pledged to continue to work with Tajikistan to address these and other challenges facing Central Asia. He also commended Tajikistan’s leadership for their diligent work in border security and commitment to regional stability, areas that are critical to the development of Central Asia.

With 26 years of United States engagement in Tajikistan, the U.S.-Tajik partnership continues to support security and stability in Central Asia, while improving the lives of Tajik citizens. Since 1992, the United States has provided over $1.8 billion in programs and humanitarian aid that support Tajikistan’s agriculture, energy and business development, health and education, and democratic institutions.