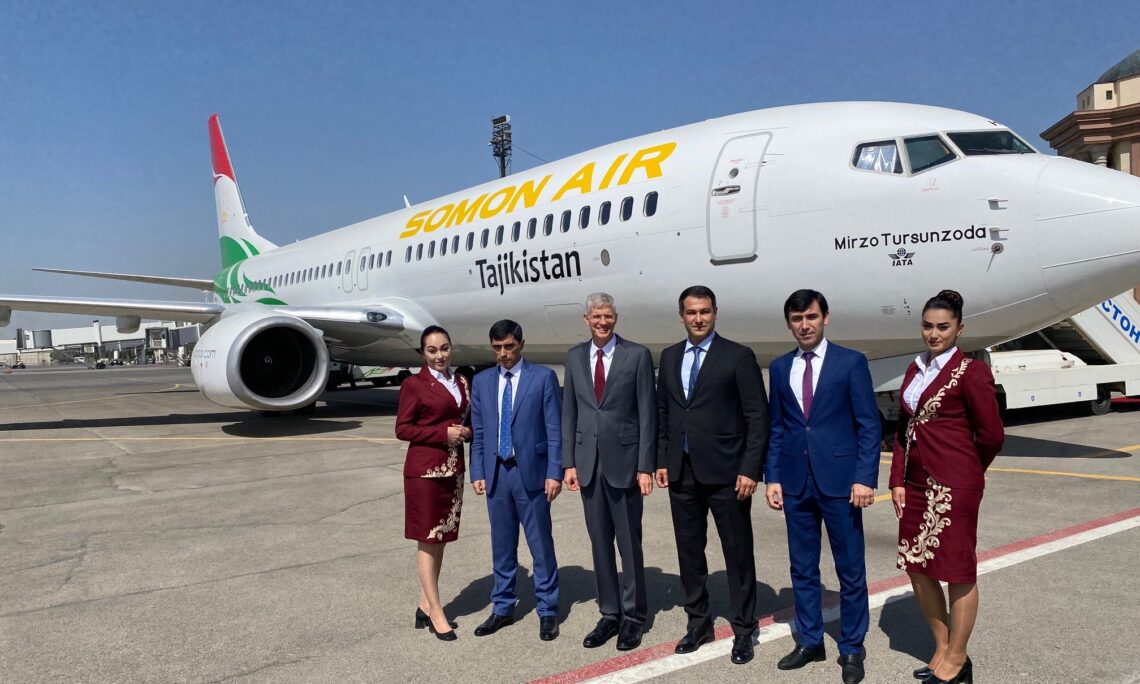 Dushanbe, Tajikistan, September 7, 2022 – On September 7, Ambassador Pommersheim joined Somon Air Acting CEO Abdulkosim Valiev and Director of the Civil Aviation Authority Dilshod Safarzoda for a ceremony at Dushanbe International Airport to commission two Boeing airplanes leased by Somon Air.  During his remarks, the Ambassador highlighted U.S. government support to Tajikistan’s aviation industry and congratulated Somon Air on the occasion of its leasing of the two Boeing 737-800s.  The Ambassador noted “I am hopeful that, in the years to come, Somon Air will utilize these – as well as additional Boeing aircraft — to establish a new long-haul route network, including perhaps direct flights to the United States.”

The transfer is the result of collaboration between Boeing, Somon Air, and U.S. company Aviation Capital Group.  This is a new milestone and significant development in the long-term cooperation between Tajikistan and Boeing.  With these two 737-800 airplanes joining Somon Air’s fleet of four existing Boeing aircraft, Somon Air will continue to be part of the growing set of airlines worldwide operating the industry’s most capable, technologically advanced aircraft with unmatched fuel efficiency and comfort.  Since 2008, Boeing has been a strong partner to Tajikistan.  The United States looks forward to continuing to strengthen economic ties with the people of Tajikistan, including with a variety of government and private sector partners.