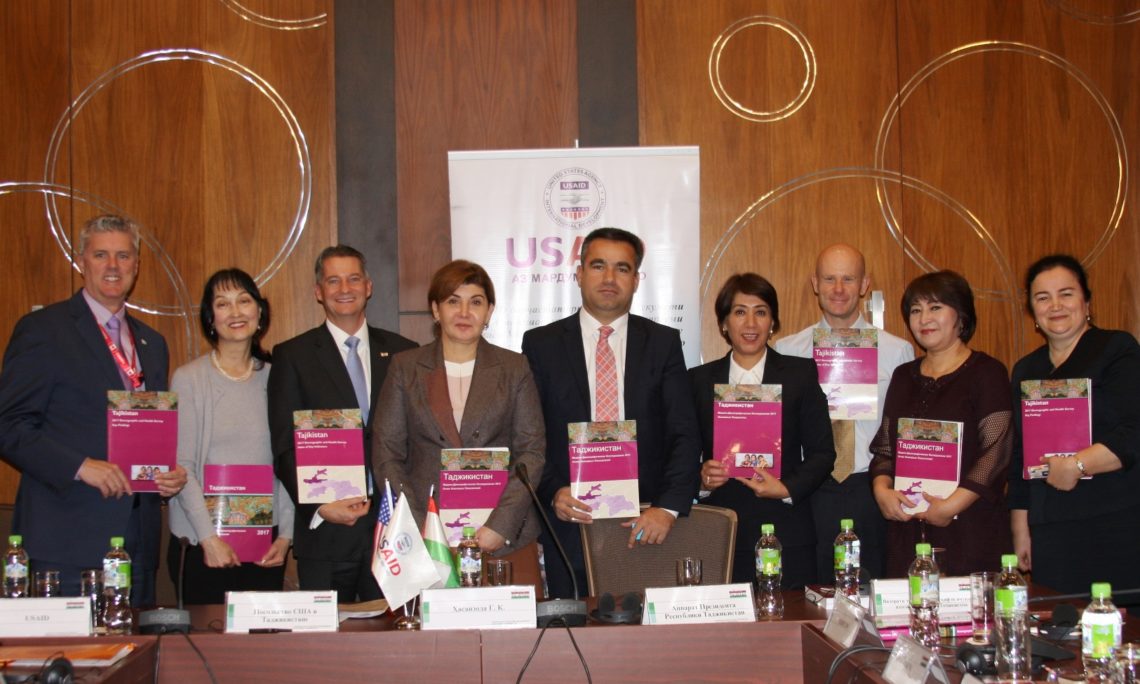 Dushanbe, Tajikistan, December 14, 2018 – Chargé d’Affaires of the United States Embassy Kevin Covert congratulated the Government of Tajikistan on conducting the second Demographic and Health Survey (DHS) at an event today in Dushanbe.  Chargé Covert was joined at the presentation of the 2017 DHS results by Gulnora Hasanzoda, Director of the Agency of Statistics, and Saida Umarzoda , First Deputy Minister of Health and Social Protection of the Population of the Republic of Tajikistan

The DHS, a nationwide survey on women’s and children’s health and domestic violence, funded by the United States Agency for International Development (USAID), was carried out by the Agency of Statistics under the President of the Republic of Tajikistan in coordination with the Tajik Ministry of Health and Social Protection of the Population.  Close to11, 000 women between the ages of 15 and 49 from almost eight thousand households across the country were interviewed as part of the survey.

Results from the 2017 DHS will provide decision makers with databases and analyses useful for forming new and updated policies, planning appropriate programs, and monitoring and evaluating existing programs.

The DHS results and additional survey information will soon be available on the official Website of the Statistical Agency:  http://www.stat.tj and the USAID DHS program Website: https://dhsprogram.com.