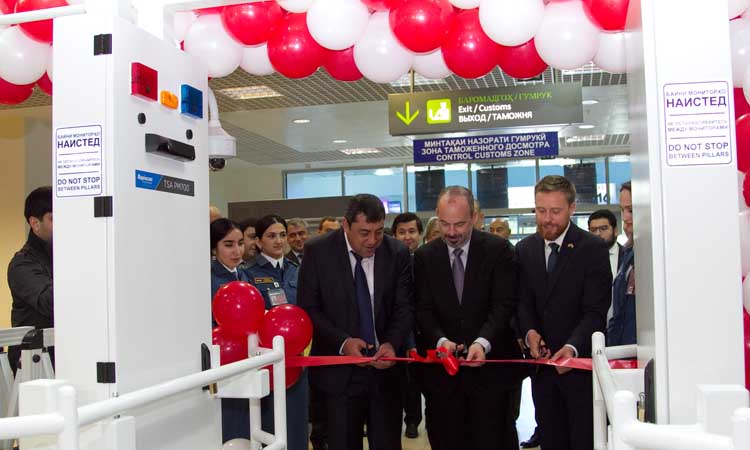 On Tuesday, October 22nd, the Charge d’affaires of the U.S. Embassy in Tajikistan participated in a ribbon cutting ceremony for the donation of radiation detection equipment to the Dushanbe International Airport.  This equipment was donated by the U.S. Department of Energy’s Office of Nuclear Smuggling Detection and Deterrence (NSDD) in partnership with the Nuclear and Radiation Safety Agency of Tajikistan.  The equipment will be maintained and operated by the State Customs Service of Tajikistan, and will be used to counter smuggling of nuclear materials, which is an important component of US-Tajik cooperation in strengthening the security of the region.

Since 2013, the NSDD has invested over $2.7 million in Tajikistan in support of efforts to combat the smuggling of nuclear and radiological material.  In this period, NSDD has provided eight Mobile Detection Systems and four radiation detection backpacks.