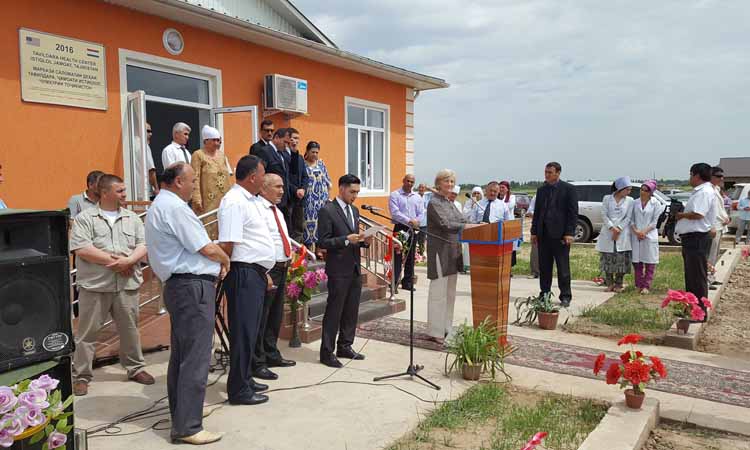 Tavildara Clinic is a Civil Affairs project that began in 2015 with the intention of supporting the healthcare of over 1,200 villagers, many of whom were relocated from Tavildara District following an earthquake in 2012. The clinic is the only one servicing this community. Prior to construction of the new building, residents were required to travel nearly half an hour to the clinic in Dusti for medical care.

Civil Affairs personnel, with the help of local government officials and district development representatives, identified the need to improve access to healthcare in the outlying areas of Jayhoon District. This was accomplished through numerous meetings, visits, and surveys between the U.S. Embassy representatives and the local government.

This year marks 25 years of cooperation between the U.S. and Tajik governments. The construction of Tavildara clinic demonstrates just one of the numerous ways the U.S. government is working with local government to improve the quality of life and education of residents in Jayhoon District. This clinic is a tangible example of the U.S. government’s commitment to aid and assist vulnerable communities in rural areas throughout Tajikistan.