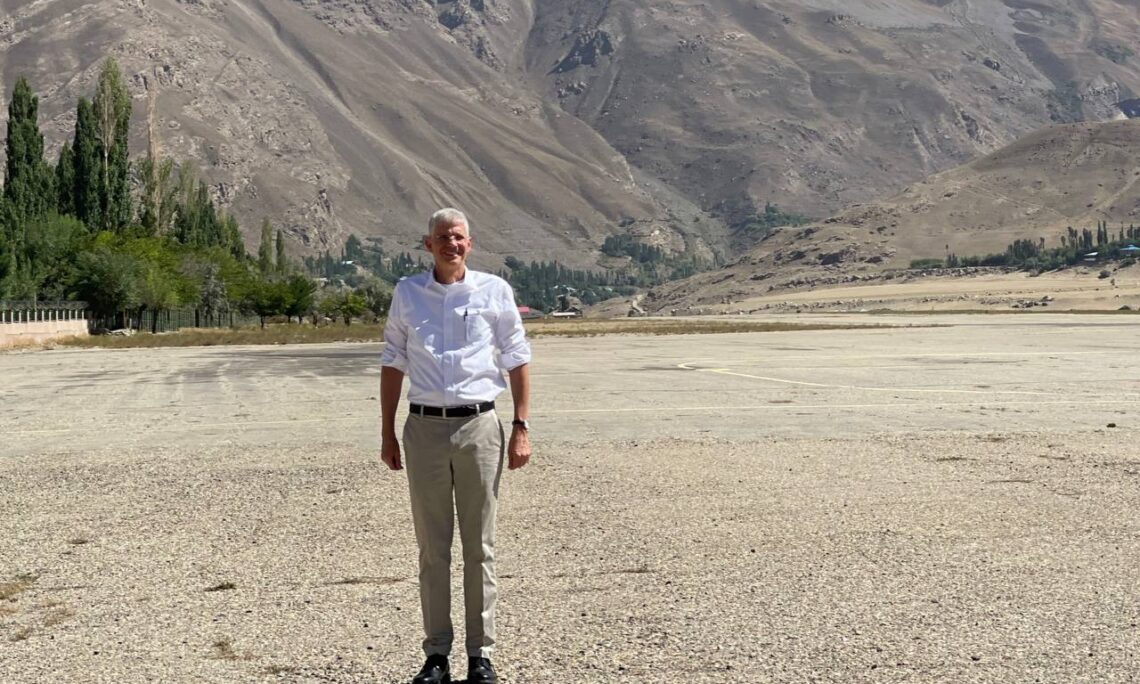 Dushanbe, Tajikistan, August 17, 2022 – On August 16-17, U.S. Ambassador to Tajikistan John Mark Pommersheim visited Tajikistan’s Gorno-Badakhshon (GBAO) region.  Ambassador Pommersheim attended the Pamir Investment Forum in Khorugh at the invitation of the Tajik government and met with Governor Alisher Mirzonabot to discuss areas of bilateral cooperation.   While in GBAO, Ambassador Pommersheim visited U.S. assistance programs that create jobs and promote economic development, including the U.S.-supported Sebzor hydro-power plant that will provide power to over 600,000 people; American Space Khorugh, which provides education programs to over 10,000 people each year; and the Pamir Tech Park, where over 100 young people perform remote work for U.S. companies.  During his visit, Ambassador Pommersheim noted that assistance programs alone cannot create economic growth.  To meet Tajikistan’s development goals in Gorno-Badakhshon, an unimpeded entrepreneurial sector, an active civil society, respect for human rights and rule of law, reliable internet, and independent media are also vital.  To harness innovation, young people need to know they can contribute their ideas for the future, including through social media, without fear.  During his visit, the Ambassador concluded, “The U.S. Embassy is proud to support economic development that helps advance prosperity and opportunities for all Tajik citizens.  Over the last 30 years, the United States and Tajikistan have worked side by side to overcome challenges together.  We continue to do so today, as we work with Tajik partners to build a future of opportunity for all people in this beautiful and diverse country.”