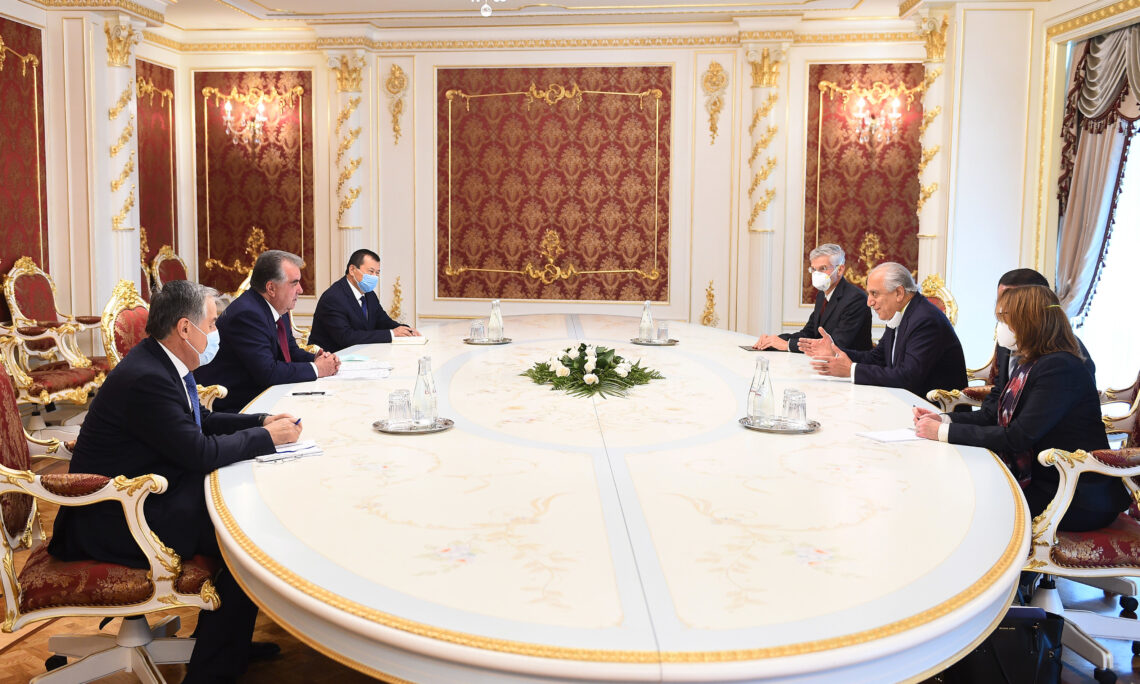 During his meetings, ‎Special Representative Khalilzad noted the significance of the Afghanistan Peace Negotiations that started in Doha on September 12 and welcomed Tajikistan’s role in supporting peace in Afghanistan. He emphasized U.S. support for a political settlement that has broad support among the people of Afghanistan and that ensures Afghanistan never again serves as a platform for international terrorism. Ambassador Khalilzad stressed that, “Peace and stability will have another important benefit for Afghanistan and the region, allowing for increased connectivity, trade, and development.” He said that “Tajikistan will be one of the main beneficiaries of peace in Afghanistan, for peace in the region will support economic development opportunities throughout South and Central Asia, including the CASA-1000 power transmission line and international transportation corridors.”