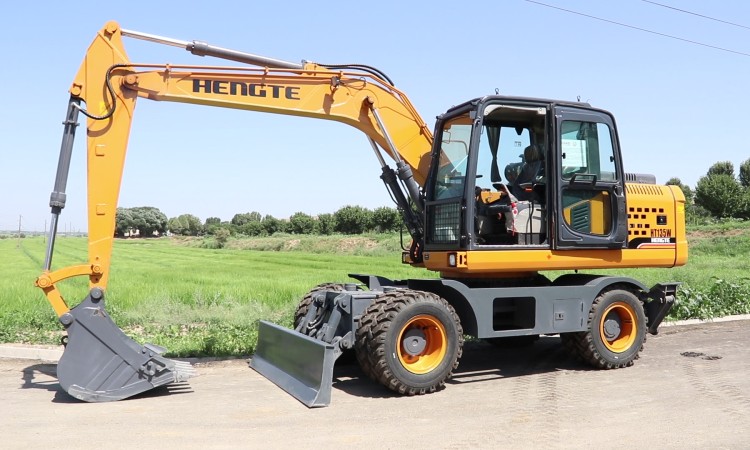 Dushanbe, Tajikistan, August 7, 2020 – U.S. Ambassador John Mark Pommersheim participated in an event to celebrate the opening of the Agency of Land Reclamation and Irrigation’s renovated conference hall, and a ceremonial handover of a wheel excavator for the Tajik Isfana Small Basin Council  in Jabbor-Rasulov district of Sughd province, both of which were supported by the U.S. Agency for International Development (USAID) at a cost of $125,000.

The U.S. government, through the USAID-funded Smart Waters project, fosters transboundary river cooperation between the countries of Central Asia, including Tajikistan and Kyrgyzstan by building partnerships among water management stakeholders, specifically on the Isfana river basin.

The Smart Waters project, implemented by the Regional Environmental Centre for Central Asia, helps establish Small Basin Councils (SBCs) on both sides of the Tajik-Kyrgyz border.  Together, these SBCs develop joint transboundary action plans for the sustainable development of their watershed.  SBCs enhance cooperation among the national and local authorities, local communities, water users, farmers, non-governmental organizations, and other interest groups.  To further support transboundary collaboration, USAID, through the Smart Waters project, donated a canal cleaning excavator to the Isfana SBC after council members identified irrigation canal cleaning as a priority action for the river.

In his remarks, Ambassador Pommersheim noted, “The management of shared water and energy resources are possibly the most strategic issues for the countries in Central Asia. Energy and water can be a source of conflict or, with effective cooperation, a source of economic growth and stability.”

The Smart Waters project helps build partnerships among water management stakeholders to foster cooperation in transboundary rivers management and support irrigation sector reform across the five countries of Central Asia and Afghanistan. USAID supports progress in Tajikistan’s water sector not only at the national level through the irrigation sector reform, but also at the local level by supporting the establishment of Water Users Associations to maintain irrigation water.