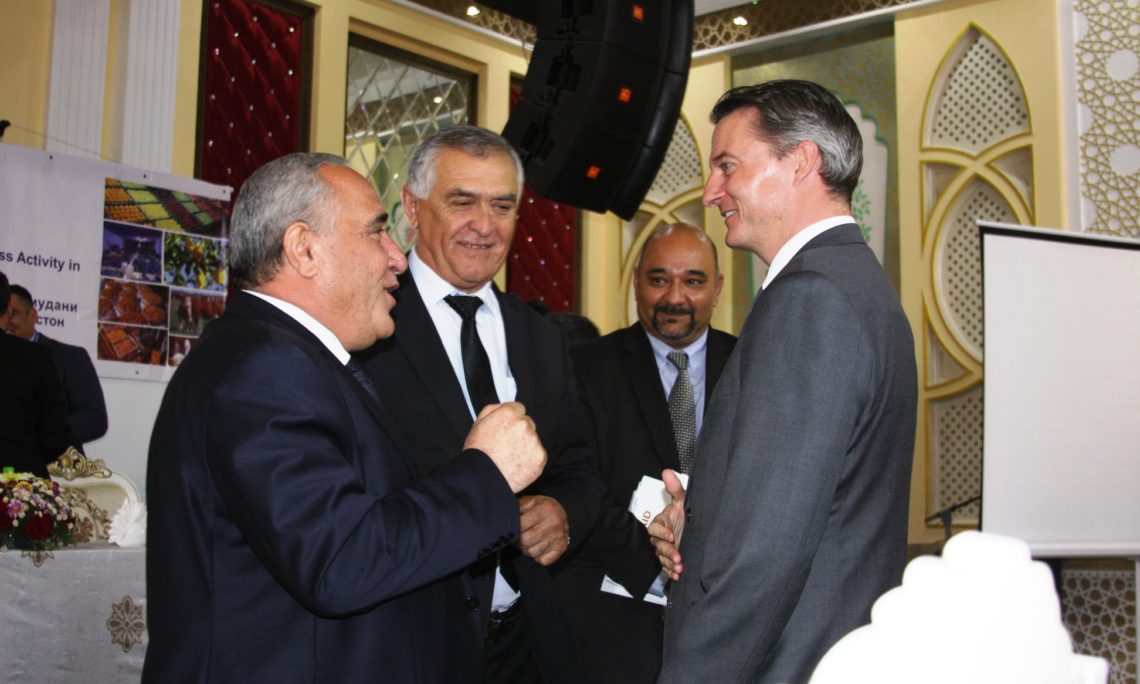 Dushanbe, Tajikistan, November 14, 2018 – The United States Agency for International Development (USAID) officially launched a new five-year project, the Agribusiness Competitiveness Activity in Tajikistan, in Bokhtar City. Chargé d’Affaires of the U.S. Embassy Kevin Covert and Deputy Governor of Khatlon Rajabov Rajabali welcomed more than 180 participants at the ceremony, including representatives from the Khatlon government, the private sector, and local entrepreneurs and traders.

The project, funded by USAID, will work to enhance the competitiveness of Tajikistan’s agricultural sector, especially in dairy and horticulture, to stimulate economic growth, increase employment and improve livelihoods for farmers. By providing a wide range of support in these sectors, USAID will partner with farmers and entrepreneurs to improve efficiency by introducing better technologies, management practices, and market linkages in order to help Tajik agribusinesses compete in both domestic and international markets.

The project will have a geographic focus in twelve districts in southwestern Khatlon (Khuroson, Abdurahmoni Jomi, Yovon, Kushoniyon, Vakhsh, Levakand, Jaloliddini Balkhi, Jayhun, Dusti, Qubodiyon, Shahritus, Nosiri Khisrav) where USAID’s food security efforts have been focused since 2012 through Feed the Future, America’s global poverty initiative that seeks to improve agriculture and nutrition around the world.

The Agribusiness Competitiveness Activity in Tajikistan will build on many of the successes of Feed the Future’s integrated program, helping Tajik farmers and producers take their business activities to the next level.