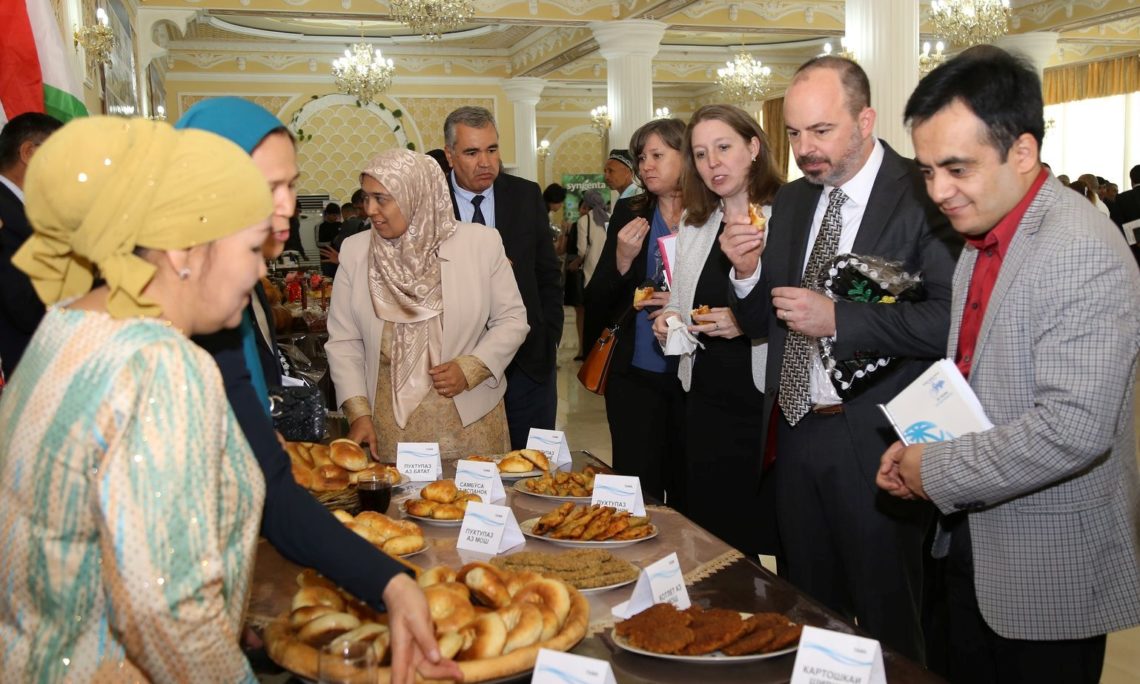 Bokhtar, Tajikistan October 24, 2019 – The United States Embassy, together with the Ministry of Agriculture, government representatives of Khatlon Province hosted an event to celebrate the accomplishments of the United States Agency for International Development (USAID) Feed the Future Tajikistan Agriculture and Water Activity over the last four years.  The event highlighted U.S. government contributions to increase, diversify, and add value to the production, post-harvest handling, and processing of agricultural products in an effort to address malnutrition and market surplus production in southwestern Tajikistan.

Over the past four years, the Feed the Future Tajikistan Agriculture and Water Activity has provided support to over 140,000 households, including short-term agricultural sector productivity and food security training, support with improved technologies and management practices for 127,250 women across the Khatlon Province.  The activity enhanced land cultivation on over 93,000 hectares of agricultural lands and 82,500 hectares of irrigated lands through the introduction of improved technologies, equipment, crop varieties, and enhanced management practices.  This support included the introduction of eight new crops and 39 new varieties of fruit, vegetables, and nuts; the installation of 52 irrigation water measuring devices, and enhanced livestock genetics in the dairy sector.  As a result of these initiatives, smallholder farmers increased their gross margins by 194 percent and generated over $3 million dollars in sales.

Feed the Future is the U.S. government’s global hunger and food security initiative addressing the root causes of poverty, hunger, and malnutrition focusing on geographical areas that have the most potential for sustained growth.  The Feed the Future Tajikistan Agriculture and Water Activity assisted entrepreneurs, farmers, and backyard gardeners residing in Khatlon, where nearly 83 percent of the population is engaged in agriculture, yet households are disproportionately poorer, food insecure, and malnourished.  Efforts were focused on increasing and improving the production of vegetables, fruits, and dairy products; improving access to irrigation water; and enhancing household incomes and nutrition of women and children under two.  The activity also introduced modern technologies and practices to support the growth and sustainable development of the agricultural extension, specifically the vegetable, fruit, dairy, and irrigation sectors.

USAID’s Feed the Future Tajikistan Agriculture and Water Activity is an example of the U.S. government assistance working in partnership with Tajikistan to improve food security by reducing poverty and improving nutritional status, particularly of women and children.  USAID is the leading U.S. government agency working to end extreme global poverty and enable resilient, democratic societies to realize their potential.