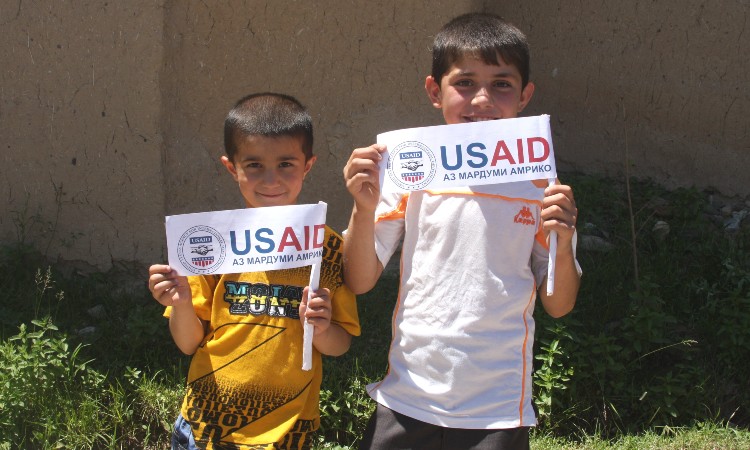 Since 1993, USAID has provided more than $500 million in assistance to Tajikistan, which has contributed to the development of Tajikistan’s economy, improvement of public health and education, more efficient agricultural practices, and more effective management of natural resources such as water. As USAID transforms into a full mission, we take this opportunity to highlight some of the great results we have already achieved in cooperation with the government and people of Tajikistan.

Through Feed the Future, the U.S. government’s global hunger and poverty initiative, USAID has helped farmers increase their production of profitable, nutritious crops while teaching families about proper nutrition. USAID helped more than 120,000 farmers gain secure access to land and water for the first time in decades, helped smallholder farmers increase their profits by 194 percent, and generated over $3 million dollars in sales.

Over the last five years, 105,000 pregnant women and their newborn children benefited from maternal and child health services, which were improved with the help of USAID and the Ministry of Health and Social Protection of the Population. This has contributed to a decrease in the malnutrition rate for children under five years old from 25 to 18 percent, and a decrease in the rate of acute malnutrition from 11 to 6 percent in USAID target districts. USAID support has also decreased the infant mortality rate from 34 to 27 per 1,000 live births.

USAID, in partnership with the Ministry of Education and Science, has increased the availability of age-appropriate reading materials in Tajik and Russian languages. USAID has provided more than 809,790 books to nearly 80 percent of schools and trained over 37,880 educators and officials, which has improved the quality of reading instruction and reading proficiency across the country.  In 2014, only 14 percent of second grade students targeted by USAID-funded interventions attained minimum reading proficiency standards. By 2019 this increased to 41 percent (a 27-point increase). In 2020, USAID also distributed 600 Braille books to specialized schools and classes across the country.

USAID helped protect migrant workers from Tajikistan by raising awareness about human rights and human trafficking among two million people and providing information on safe migration through radio programs and video tutorials on YouTube and Facebook.  As a result, migrants are better able to understand and abide by migration rules and laws in destination countries, which decreases their vulnerability to human trafficking. USAID has provided 61,885 Tajik citizens with legal and psychological consultations through hotline services and has provided 400 migrant workers who were denied entry to Russia with social, educational and financial support, which helped them reintegrate in their home societies.

USAID and the Centers for Disease Control have provided more than $5 million in assistance to combat COVID-19 in Tajikistan.  This assistance has improved laboratory systems and operations, facilitated COVID-19 testing, organized trainings for public health workers, provided technical assistance for screening at ports of entry, raised awareness through community engagement, implemented disease surveillance and clinical protocols, created employment opportunities for displaced workers, provided food support for the most vulnerable, and more. This support builds on more than $1 billion in total U.S. assistance over the past 20 years, which includes nearly $125 million for health.

USAID’s status as a full mission in Tajikistan will allow the U.S. government to achieve even greater results in the years to come.  USAID will continue to support Tajikistan’s development priorities, promoting a healthy, educated, and employed population. For more information, visit: https://www.usaid.gov/tajikistan.