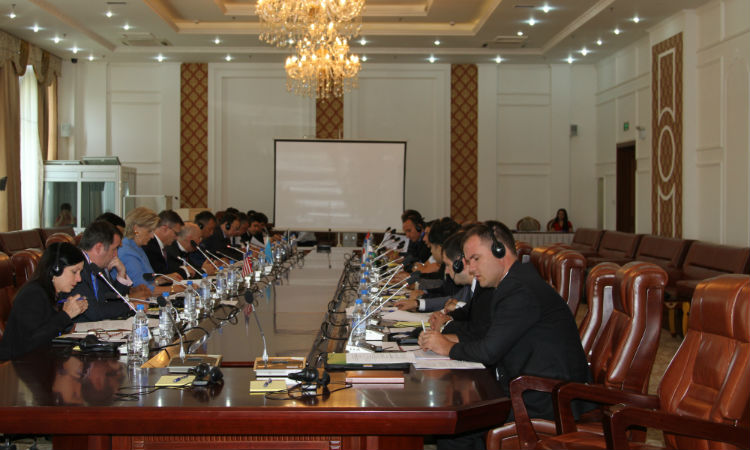 Dushanbe, Tajikistan, July 27, 2017 – On Wednesday, July 26, Tajikistan co-hosted a meeting of the C5+1 Security Working Group with representatives from Kazakhstan, the Kyrgyz Republic, Turkmenistan, Uzbekistan, and the United States at the National Library in Dushanbe. R. Carl Paschall, Deputy Coordinator for Operations Policy and Military Coordination of the State Department’s Bureau of Counterterrorism and Countering Violent Extremism, led the U.S. delegation with the participation of U.S. Ambassador to Tajikistan Elisabeth Millard. The group discussed regional cooperation in counterterrorism and the threat of Foreign Terrorist Fighters in Central Asia.

The C5+1 is a format for dialogue and a platform for joint efforts to address common challenges faced by the United States and the five Central Asian states. At the first C5+1 ministerial, held in Samarkand in November 2015, the six foreign ministers agreed to focus on three sectors of common interest – security, economics, and environmental challenges. At the second C5+1 ministerial, held in Washington in August 2016, the six ministers agreed to launch five projects across these three sectors, funded by a $15 million appropriation from the U.S. Congress. Since the inception of the C5+1 dialogue, the Central Asian countries have been increasingly interested in regional approaches and view the C5+1 as a catalyst for common action.