Home Главная страница | News & Events | Op-Ed from Ambassador Millard: I will not forget the hospitality of the Tajik people 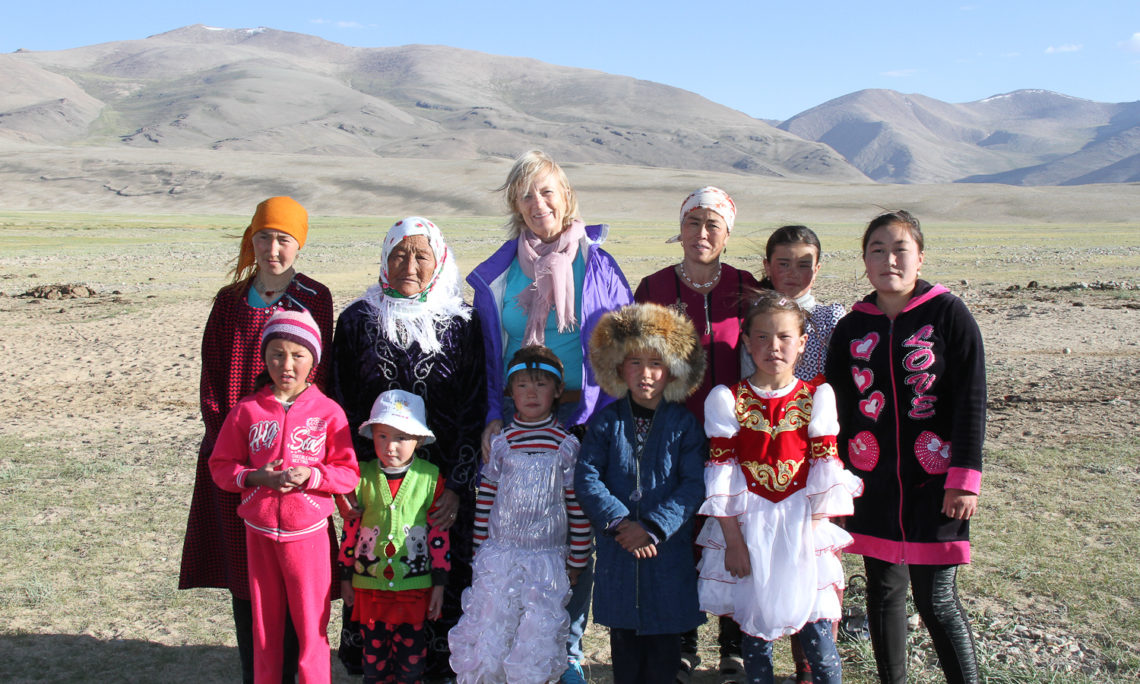 It is with a heavy heart that I leave this beautiful country.  Although it has been over a year and a half, it seems as if I only arrived yesterday.  I want to thank the people of Tajikistan for welcoming me and making me feel at home.  Your country has stunning beauty and your language and culture are profoundly rich, but it is your unending hospitality that I will never forget.  Coming to Tajikistan wasn’t easy for me.  My husband had just passed away, and I was leaving my five children and my precious grandchildren on the other side of the world, but your warmth, your generosity, and your kindness allowed me to thrive.  As your great poet Mirzo Tursunzoda said, “Don’t forget the hospitality of the Tajik people!”  I definitely will not.

I am proud to have been part of the wonderful work that the United States Embassy does in Tajikistan.  During the past 18 months, we have made significant progress to strengthen the C5+1 platform to allow the United States and the five countries of Central Asia to work together on issues of common concern.  We celebrated 25 years of diplomatic relations between Tajikistan and the United States, giving us time to reflect on the progress that this partnership has allowed.  I have picked strawberries with women farmers that USAID has supported through job skills and business training that help them improve their families’ lives.  I have also presided over assistance that our military has given to the Tajik Border Guards to promote the security and sovereignty of Tajikistan.  I have met with many enthusiastic students learning English at the American Corners and Access programs.  My countless conversations with sportswomen, businesspeople, journalists, government officials, and members of civil society whom we have sent to the United States for education exchanges have reminded me that people-to-people ties are the foundation of a strong bilateral relationship.

I am so glad that I was able to experience so much in such a short time. I ate palov from Panjakent, visited the mausoleum of Rudaki, stayed at guest houses in Badakhshon, drank the water from spring of Nosiri Khusrav, tasted the qurot at Panjshanbe market in Khujand, visited the 44 springs in Khatlon, harvested crops with Tajik farmers, bought material at Korvon, enjoyed the wonderful fruit and vegetables at Shohmanzur market, hiked in the Fann and Pamir mountains, touched the petroglyphs at Langar, stirred a pot of sumanak, watched a game of buzkashi… the list could go on.  When I go back to Washington, D.C., I will tell everyone about the wonders of your beautiful country.

I am also honored to have met so many of you.  It was a great pleasure to work side by side with my Tajik colleagues at the embassy, who taught me so much about their culture.  I have danced with these friends during Navruz, have been to their homes, and cried with them during difficult times.  I am so pleased to call them my friends, and I will miss them dearly.

On a final note, let me say that I share an especially strong connection with the women of Tajikistan whose husbands are not with them.  As a widow, I understand the challenges they face.  These heroes, who not only raise families by themselves, start businesses and take on other jobs to invest in their children’s health and education, which directly contributes to the progress of this nation.  Strong women make strong families, strong societies, and strong countries.  Thank you again for your kindness and hospitality!  Khudo hofiz and Idi Qurbon muborak!

Note on author:  Elisabeth Millard was the U.S. Ambassador to Tajikistan from March 2016 through August 30, 2017.  Recently, Secretary Tillerson’s office asked Ambassador Millard to become the senior career official responsible for implementing U.S. foreign policy and promoting U.S. interests in Europe and Eurasia at the U.S. Department of State.  She most recently served in Washington, D.C. on Secretary of State John Kerry’s staff.  Earlier in her career, she was Deputy Chief of Mission in Astana, Kazakhstan, and Principal Officer at the U.S. Consulate General in Casablanca, Morocco.  The daughter of a World Health Organization official, Ms. Millard grew up overseas and attended schools in Denmark, Sweden, and Tunisia.  She studied at the University of Geneva and graduated from the London School of Economics and Johns Hopkins School of Advanced International Studies (SAIS).  Ms. Millard and her late husband have five grown children and six grandchildren and her seventh due in September.  In her spare time she loves to cook, exercise, read and listen to music.