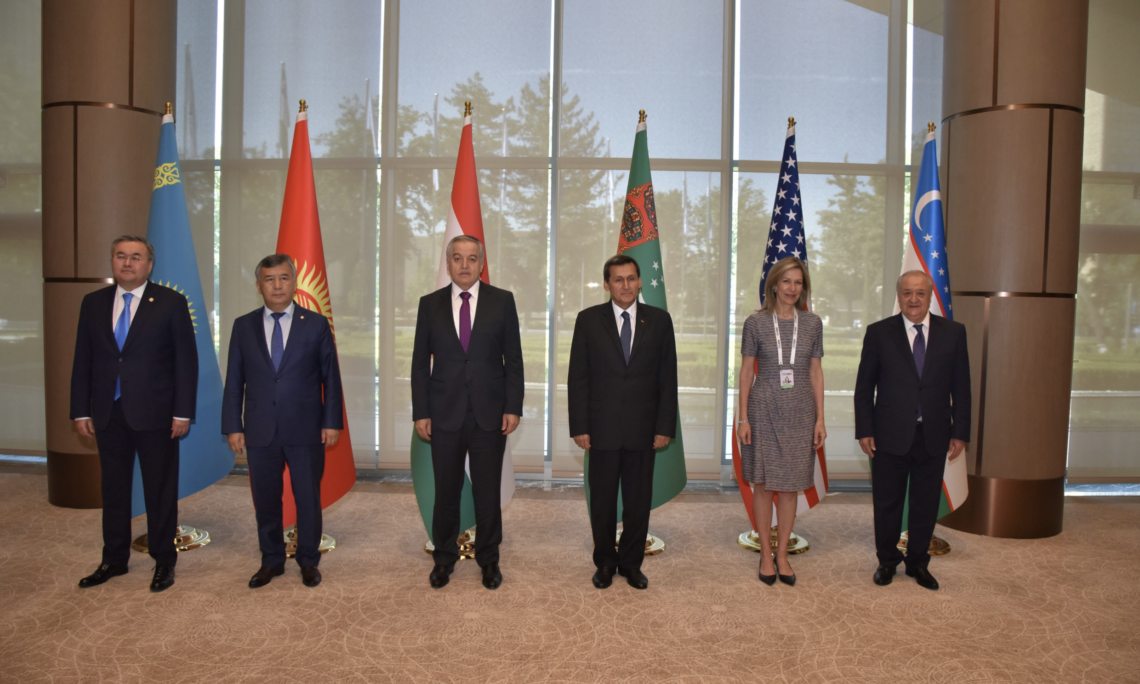 U.S. DEPARTMENT OF STATE
Office of the Spokesperson

The text of the following statement was adopted by the Governments of the Republic of Kazakhstan, the Kyrgyz Republic, the Republic of Tajikistan, Turkmenistan, the Republic of Uzbekistan, and the United States of America, on the occasion of the International Conference, “Central and South Asia: Regional Connectivity. Challenges and Opportunities,” held in Tashkent, Uzbekistan July 15-16, 2021.

Begin Text:
Delegations of the C5+1 – the Republic of Kazakhstan, the Kyrgyz Republic, the Republic of Tajikistan, Turkmenistan, the Republic of Uzbekistan, and the United States of America – participated in the July 15-16, 2021 International Conference on “Central and South Asia: Regional Connectivity. Challenges and Opportunities” in Tashkent.

The C5+1 countries affirm their commitment to enhancing engagement through our regional diplomatic platform and seeking opportunities to strengthen connectivity between the Central and South Asian regions via trade, transport, and energy links. The C5+1 recognizes that increased connectivity supports its shared goal of a prosperous and secure Central Asia.  Visionary ideas for Central Asia’s economic growth and closer ties to the economies of South Asia also reinforce the C5+1’s commitment to strengthening the region’s security and stability, including through Afghan peace negotiations.

The C5+1 endeavors to build upon the collaborative progress it has made on connectivity, including to: