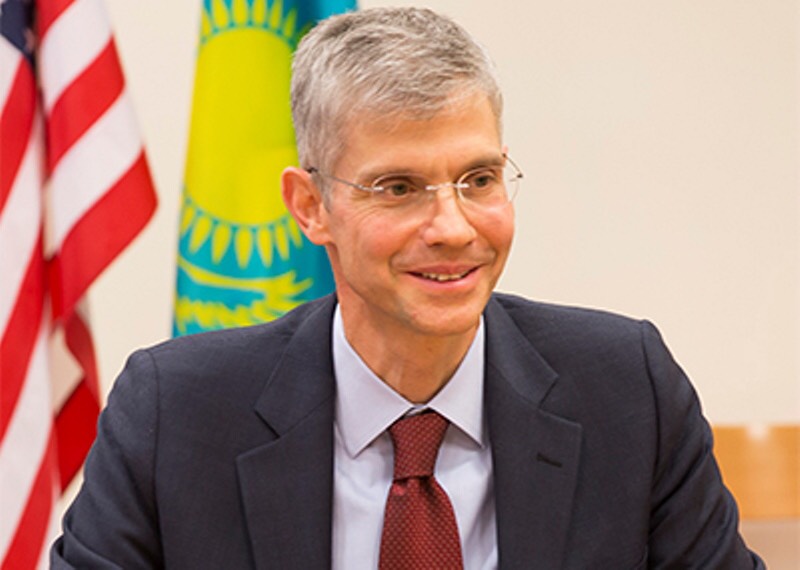 John Mark Pommersheim was nominated by President Trump on September 12, 2018 to be the U.S. Ambassador to Tajikistan. Most recently, he served as Deputy Chief of Mission (2015-2018) at the U.S. Embassy in Astana, Kazakhstan. Prior to Kazakhstan, he served as Director of the Office of Caucasus Affairs and Regional Conflicts in the State Department’s Bureau of European and Eurasian Affairs where he was responsible for managing the full spectrum of U.S. relations with Armenia, Azerbaijan, and Georgia. In his Foreign Service career, he has served in a wide array of positions in Washington DC, and worked in Embassy political sections in Japan, China, Belarus, and Germany. He served also as U.S. Consul General in Vladivostok, Russia.

Prior to joining the Foreign Service, Pommersheim worked for CNN in Moscow and worked with the U.S. Information Agency in Georgia and Uzbekistan on an exhibition of information technology. Pommersheim is a native of Pittsburgh, Pennsylvania and holds degrees from Bucknell and Columbia Universities. He is married to Natalya Pommersheim; they have three sons.