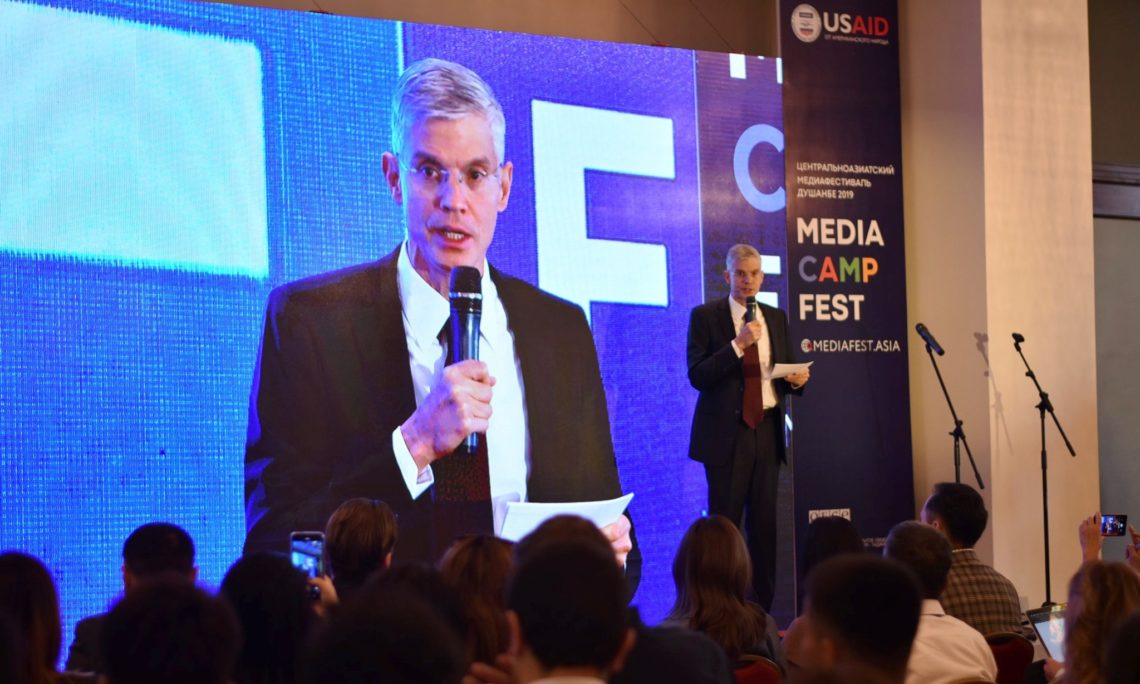 Dushanbe, Tajikistan, September 21, 2019 – Over the past three days, more than 150 media professionals from across Central Asia convened at the first Central Asia Media Festival “MediaCAMP Fest” in Dushanbe.  “MediaCAMP Fest” provided a professional platform for journalists from Central Asia to network, share their experiences and ideas, and discuss the most pressing questions and challenges for media in the region.  The Internews Network, with support from the U.S. Agency for International Development (USAID), organized the event.

The event included twenty-three speakers from Central Asia, Russia, Ukraine, and Eastern Europe, and a variety of workshop sessions designed to attract new audiences, discuss the intersection of journalism and civic activism, and deliberate the future of media in the modern age. The festival also included a screening of documentaries featuring media operations in various contexts.  The festival opened with remarks by Internews Country Director for Tajikistan, Abdumalik Kadirov, and the United States Ambassador to Tajikistan, John Mark Pommersheim, who highlighted the importance of media and information literacy.

On the final day of the festival, top journalists and bloggers from the region received MediaCAMP awards recognizing their excellence and contributions to journalism.  The awards selection committee reviewed almost 400 submissions and nominated 36 works for the final stage of the competition, in four categories – “Power and Society,” “Generation without Boundaries – A Time of Opportunity,”  “Time to Help,” and “Heroes Among Us.”  An international jury of experienced media experts selected the winners during the festival.  Additionally, the festival featured a special photography exhibition, “Lens,” showcasing finalists selected through an online public vote.

The U.S. government, through USAID’s Central Asia Media Program (CAMP), cooperates with local and regional partners to improve media capacity in order to ensure balanced, informed, and unbiased reporting on key policy and public interest issues.  CAMP is one of the many assistance projects made possible by the American people through USAID.  Over the last 27 years, the United States has provided over $1.8 billion in programs that support Tajikistan’s security, democratic institutions, social sector, and economic growth.