The embassy compound in Dushanbe was officially inaugurated on June 28, 2006.  The new embassy building was designed and constructed from 280 modules manufactured in the United States.  At times, more than 300 workers were employed at this project site and the local economy earned more than $20 million dollars from associated costs.  These modules were transported by sea and overland by rail to Dushanbe where a team of installers put the building together.  The facility, which took 36 months to build, is equipped with state-of-the-art environmentally friendly equipment and systems.  It provides over 5,500 square meters of office space 2,300 square meters of support space, and sits on a six-hectare compound. 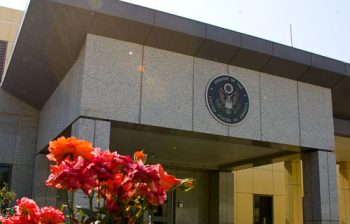 As of August 1, 2006 the embassy’s Consular Section became fully operational to process and issue non-immigrant U.S. visas.  Tajiks citizens seeking tourist, business, and student visas no longer need to travel to Almaty, Kazakhstan to apply for U.S. visas.  The opening of the Consular Section at the U.S. Embassy in Tajikistan further strengthened U.S.-Tajik relations.