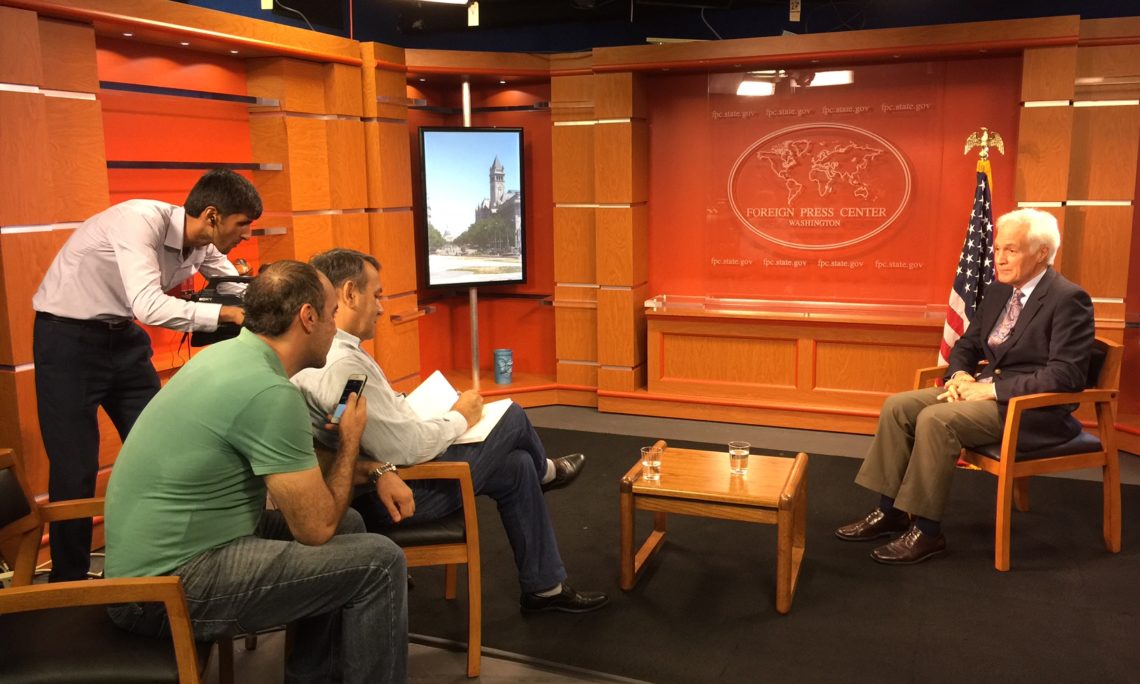 The U.S. Embassy in Tajikistan is requesting one-page project proposals from TV stations and production companies for the 2019 Central Asian Media Exchange (CAMEX) program.  The program will send Central Asian TV stations and TV production studio crews to the United States for a two-week period to film original documentaries and news features on jointly planned topics.

The typical project results in at least one, and frequently a series, of prime time TV documentary-type products, online multimedia product, and multiple short unplanned feature stories about America captured during the two-week trip.  The journalists shoot and edit their own material and broadcast the final programs during prime time.  A producer from the Meridian partner organization is assigned to the project to work from inception to completion of the project.  The visiting crew will receive funding from the State Department to cover expenses related to the production, which includes international and domestic airfare, hotel and food allowances, and miscellaneous production expenses.

The crew from each outlet should not exceed two people, who preferably speak fluent English.  The team is expected to provide its own equipment for recording.  The broadcaster must commit to airing the programs during prime-time and online news agency should ensure the final digital products are easy to access on its website.  Following the publication, the producer must provide U.S. Embassy with high quality recordings of the programs.

Project proposals must include the following items:
1. Project Justification: One paragraph explaining why this project should be implemented;
2. Project Description: In one to two paragraphs, describe proposed project activities, i.e., what sites the crew will visit, with whom they will meet, what topics will be discussed;
3. Project Result: Describe in one paragraph of what will be end product, including where and how it will be aired;
4. Project Staff: Brief background of the project staff, including names and experience;
5. Proposal Length: The proposal should be less than one page

Project proposals must be submitted to the U.S. Embassy in Tajik, Russian, or English languages no later than Wednesday, February 20, 2018, 5:00pm.