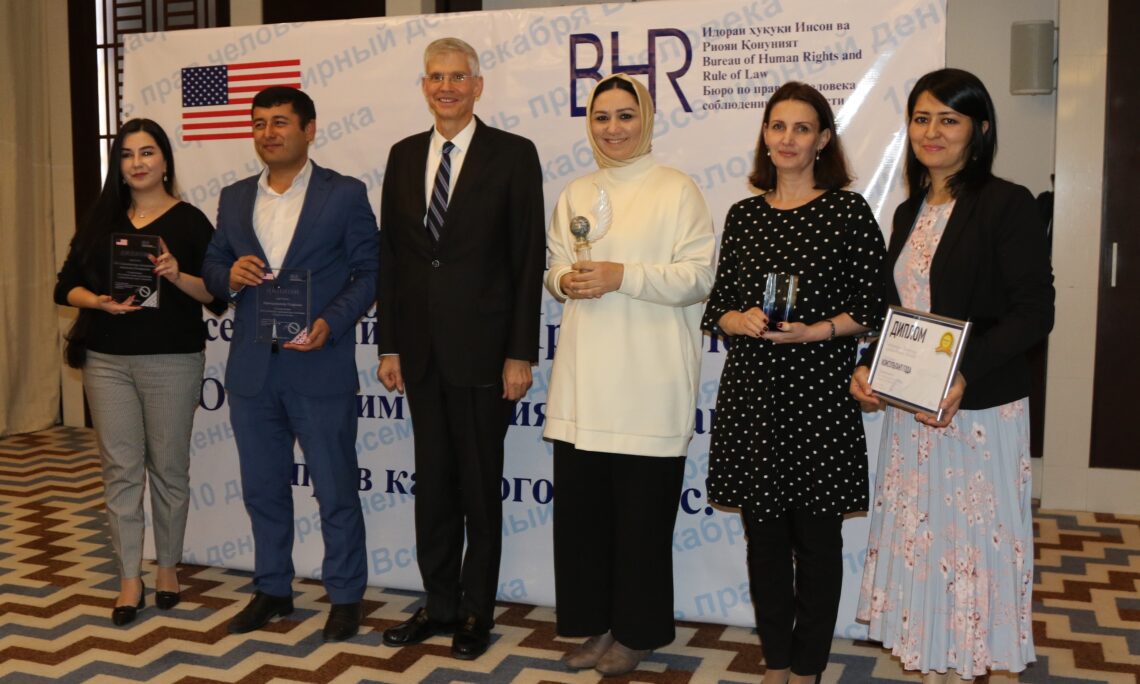 On the occasion of Human Rights Day, I congratulate the winners of the human rights awards given by the Tajik NGO Bureau of Human Rights and Rule of Law with support from the U.S. Embassy in Dushanbe:  the NGO Civil Internet Policy Initiative, Radio Ozodi journalist Mullorajab Yusufi, and lawyer Dilafruz Samadova.

Human rights belong to everyone.  Article 19 of the Universal Declaration of Human Rights enshrines freedom of expression for all persons, including marginalized and underserved populations, journalists, and those with differing viewpoints.  Embracing a diversity of experiences and perspectives strengthens societies and increases respect for human rights.

This year marks the 80th anniversary of U.S. President Franklin Delano Roosevelt’s influential declaration that humankind is entitled to “four freedoms”—freedom of speech, freedom of worship, freedom from want, and freedom from fear.  Reflecting on these words, the following commitment expressed by President Biden comes to mind: “The United States will lead not by the example of our power, but by the power of our example.”  Human rights are a fundamental part of U.S. diplomacy, and we look forward to continuing to work with partners worldwide to advance them.

On the occasion of Human Rights Day, I congratulate all of our partners in Tajikistan – in government, law, journalism, education, civil society and other spheres – who are working to protect and strengthen fundamental freedoms.