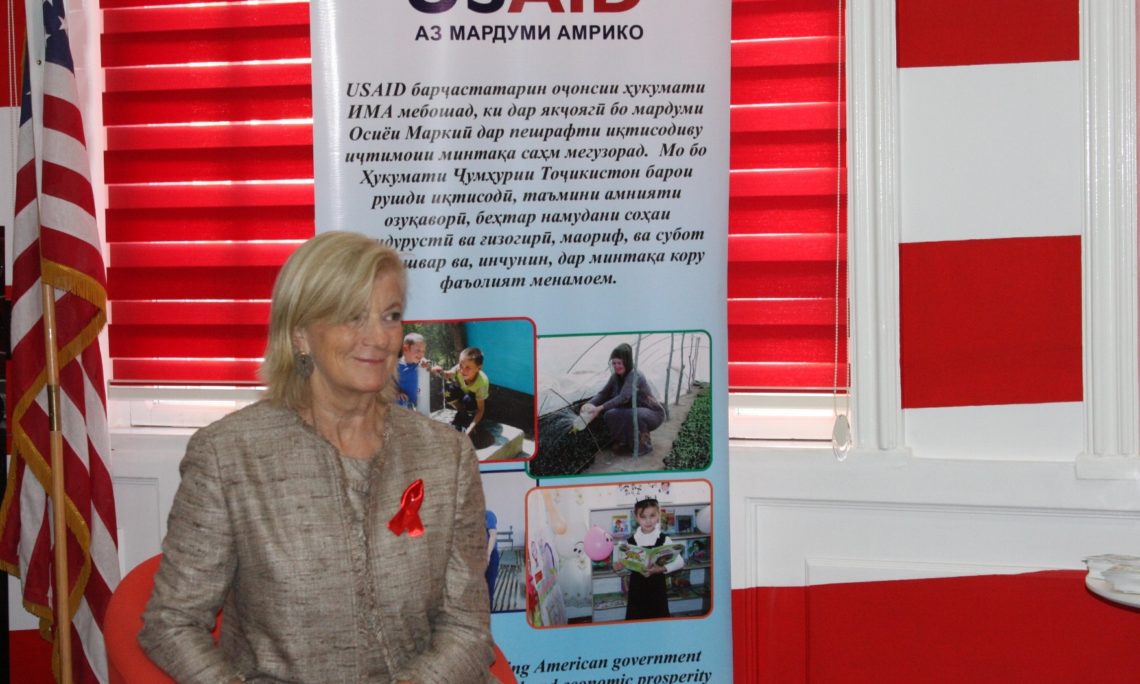 Ambassador Elisabeth Millard: U. S. Government Fights HIV in Tajikistan and Around the World

Thirty-five years ago, the lives of millions of people changed forever with the report of five previously healthy individuals in Los Angeles diagnosed with what soon would be known as AIDS. Since then, we have made tremendous progress to address HIV/AIDS with far greater urgency and action.

In the 1980s, a person infected with HIV often lived less than a year after an AIDS diagnosis. Today, antiretroviral therapy offers someone with HIV a nearly normal lifespan if they start treatment early and adhere to treatment.

In Tajikistan, 8,504 cases of HIV have been diagnosed and registered since the beginning of the epidemic, and nearly 2,000 of those infected have died. However, UNAIDS estimates that there are a total of over 16,000 people living with HIV, which indicates that more than 60 percent of people living with HIV are not aware of their status.

In Tajikistan, the epidemic is fueled by injecting drug use and sexual transmission, and the most vulnerable populations are traditionally already marginalized and stigmatized in most societies, making it difficult it to reach them with essential services.

The U.S. government is committed to ending the AIDS epidemic. The President’s Emergency Plan for AIDS Relief (PEPFAR) is the largest pledge by any nation to combat a single disease in history. PEPFAR invests approximately $15 million per year in Central Asia, of which about 30 percent goes to Tajikistan for essential testing and treatment services and technical assistance.

We have a narrow window to change the trajectory of the HIV/AIDS epidemic by reaching as many of the people in need as possible in order to achieve the UNAIDS ’90-90-90′ targets – 90 percent of people with HIV diagnosed, 90 percent of those diagnosed on anti-retroviral treatment, and 90 percent of those on anti-retroviral treatment virally suppressed by 2020. In Tajikistan, this means intensifying our efforts to increase access to testing in order to diagnose as many people living with HIV as possible, and linking them to quality care and treatment services.

In Tajikistan, the U.S. government is firmly focused on using data to accelerate toward the 90-90-90 targets, standing with and for key populations, ensuring human rights, and strengthening sustainability and partnerships through transparency and accountability.

Achieving an AIDS-free generation in Tajikistan is possible, but it will not happen automatically or easily. We must come together with leadership, commitment, and a focus on impact to make it a reality.