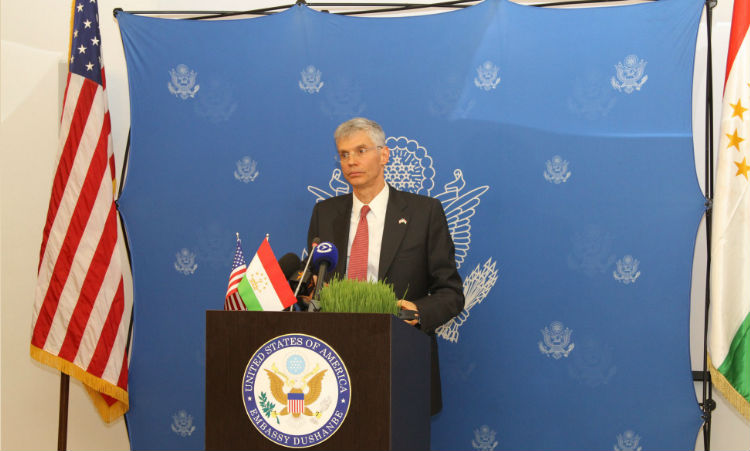 Dushanbe, Tajikistan, March 29, 2019 – (As delivered) Thank you, Fejzo, for the warm welcome.  As an OSCE member state, the United States stands behind the importance of our close cooperation and coordination.  Today’s conference is my first opportunity to gather with my colleagues in the international community as well as the Tajik government to collaborate on an issue of mutual importance, countering violent extremism.   The United States highly values our joint work with the our partners in the Tajik government present here today.

The United States has worked closely with our governmental and non-governmental partners to develop CVE initiatives that aims to limit recruits to terrorist groups by reducing sympathy and support for violent extremism.

Our CVE efforts are based on the premise that drivers of violent extremism are context specific, and may include a lack of socio-economic opportunities, perception of injustice, marginalization and discrimination, poor governance and violation of human rights and rule of law, or harsh treatment in prisons.

Sometimes these types of discussions can be dominated by calls from some in the law enforcement and security communities from for tighter control and more restrictive measures against specific groups such as religious or ethnic minorities.  Some countries choose to enforce strict limits on nearly all forms of peaceful religious expression, including prohibitions against minor children attending religious services or obtaining formal religious education.   Our view is that, most often, heavy-handed approaches are likely to produce more grievances, which can have the unfortunate effect of fueling radicalization and violent extremism instead of countering it.

Building international support for action on CVE alongside our partners has also become a cornerstone of the U.S. counterterrorism strategy, such as on multilateral initiatives like the UN Secretary General’s Plan of Action to Prevent Violent Extremism, the UN Leaders’ Summit on CVE in 2015, and the C5+1 Global Counterterrorism Forum (GCTF) joint project.

Our projects in Tajikistan range from $14 million in USAID developmental projects that develop Tajikistan’s economy, creating employment opportunities that help reduce the risk of radicalization to the delivery of more than $20 million of high quality equipment, construction, and training in the last year alone to enhance Tajikistan’s security forces’ capabilities.

Through our support to the Ministry of Internal Affairs Community Policing program the Embassy works to promote the rule of law and enhance the relationship between police and local communities to prevent and count violent extremism.

Last year, in support of CVE efforts in Tajikistan, the Embassy announced a call for proposal from civil society organizations to support innovative ideas from the population.  In coordination with the government, these organization are working to raise awareness, involve youth in this effort, and teach soft sills to especially vulnerable communities. We have recently announced another call for proposals and look forward to hearing innovative ideas from Tajikistan’s civil society on how to address this complicated problem.

Our partnerships and multilateral initiatives are based on mutual respect and understanding which are absolutely essential: our work will always be conducted that spirit of partnership.  We appreciate the efforts that our partners such as Tajikistan have taken to help advance this broad-based, multi-stakeholder CVE agenda and look forward to future cooperation to counter violent extremism in the future.